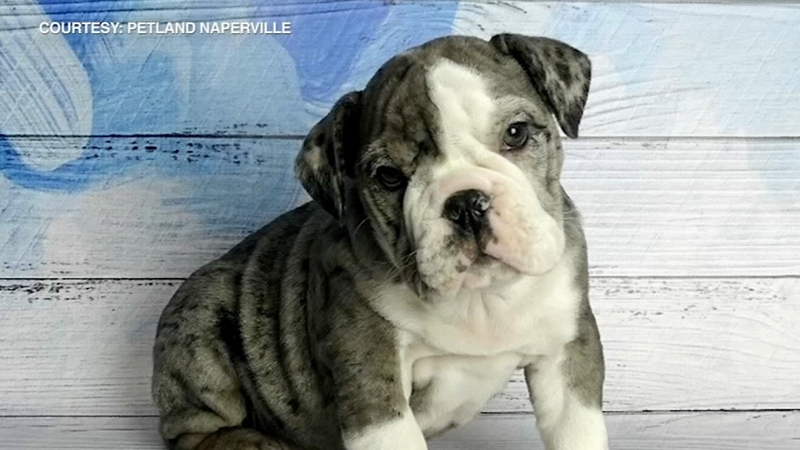 Blue Christmas: Search is on for rare pup stolen from Naperville store

NAPERVILLE, Ill. (WLS) -- Police are on the lookout for a suspect who stole a rare puppy destined to be someone's Christmas gift from a suburban pet store.

The 10-week-old blue merle English bulldog was taken at 2:36 p.m. Tuesday from the Petland in Naperville, according to a press release from the store.

The suspect was caught on video and described as a woman in her late teens or early 20s, wearing a green coat with a blue fur hood and jeans. She escaped in a car with an accomplice, according to the release.

Given the pup's breed and rare color, the store is eager for its return.

"Bulldogs are especially prone to specific ailments, and that is why they receive extra-special veterinary care. I fear that this puppy is now not being cared for properly at all," said store manager Ryan Hamel.

Hamel said the puppy is microchipped and registered, making it easy to retrieve should it end up at a shelter, rescue or non-profit.