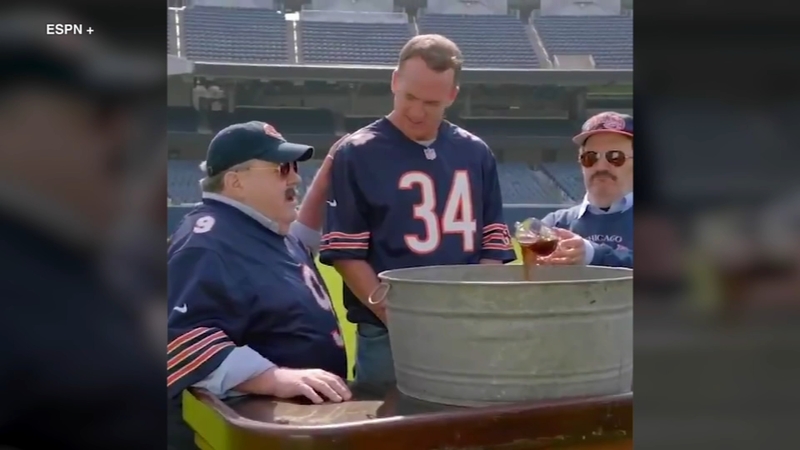 CHICAGO (WLS) -- The Bears-Packers rivalry also means diehard fans are put to the test. But the Bears may have one-upped Green Bay with their newest superfan.

Wendt and Smigel baptized Manning into a tub filled with Italian beef juice, "In the name of The Papa, The Ditka and The 46 Defense." Manning then emerged from the tub as a Bears superfan, complete with a Ditka mustache and shouting, "Packers suck."

In the new episode of "Peyton's Places," the Bears baptize a new fan 😂