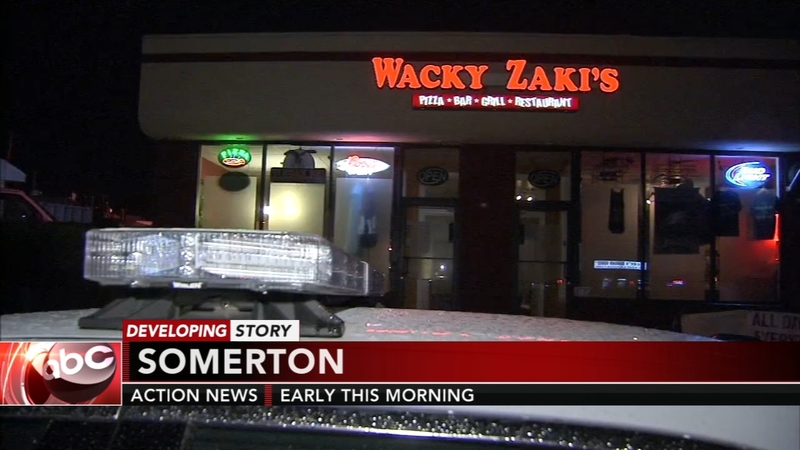 It all started around 1 a.m. Monday at a bar called Wacky Zaki's along Veree and Red Lion roads in Somerton.

Police say there were about a dozen people at the bar for a birthday party.

One of the partygoers went down to the basement of the business to use the men's room when police say two men armed with guns attacked him.

Police say there was a violent struggle that left quite a bit of blood.

As they left the business, police say they pointed their guns at the other patrons.

One of the witnesses, however, followed the men to their car and got a description of the white van they were driving.

"It was really, really good communication and cooperation between two police agencies, Philadelphia and Lower Moreland, to get the description to them that quickly and make the arrest. We are really lucky that the getaway car needed some gas," Philadelphia Police Chief Inspector Scott Small said.

The stolen items and weapons were recovered in the backseat of the van.

They were returned to the victim who is expected to be OK.