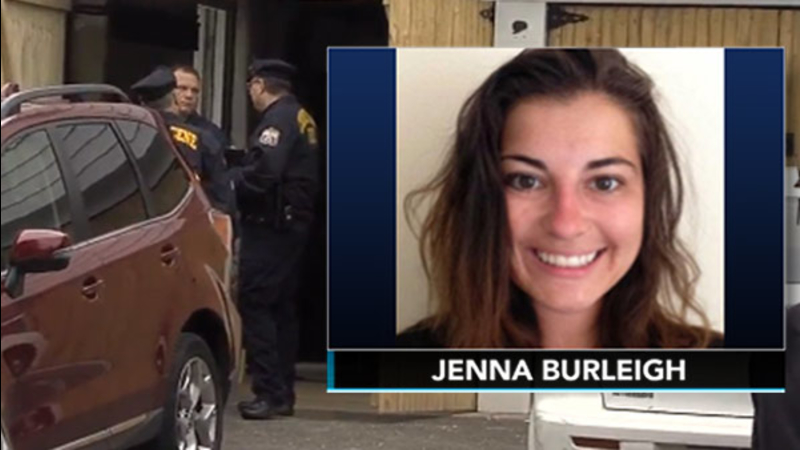 PHILADELPHIA -- Philadelphia police have searched an off-campus home as they question a man in the case of a missing Temple University student.

His roommate told police he found stains in certain areas of the home that looked as though someone had tried to clean up some blood.

Sources say Pennsylvania State Police picked the friend up at his grandmother's house in Scranton on Friday afternoon.

After questioning, police were able to obtain a search warrant for the off-campus home.

Homicide and crime scene units were seen taking evidence out of the home.
Police also brought in a cadaver dog, but it did not find anything.

Police released a surveillance photo of Burgleigh, which shows the clothing she was last seen wearing.

We need your help in finding Temple student Jenna Burleigh, who was last seen on August 31st at 2am. Please share any information. pic.twitter.com/eqRnyjcc3u