College student shot by cops after she ran over officer, police say 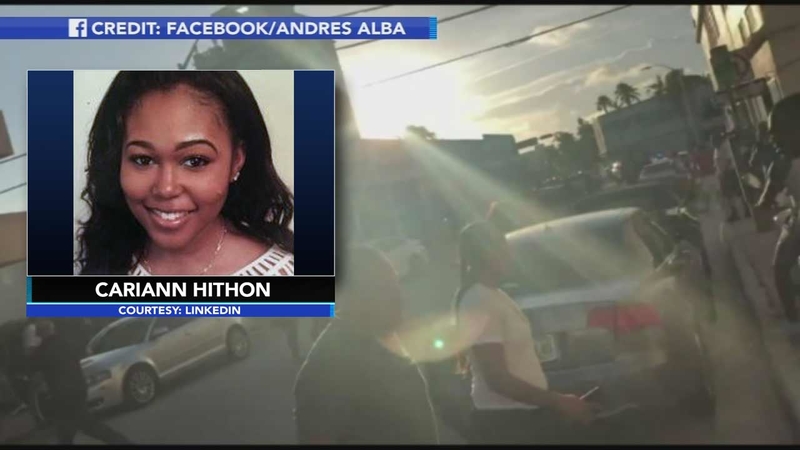 MIAMI BEACH, Fla. -- Authorities in Florida said a 22-year-old Temple University student struck several vehicles and ran over an officer before fatally being shot by police.

An outside agency is investigating whether the shooting was in line with department policy.

Witnesses captured the chaos on their cellphones Sunday evening in Miami Beach right after authorities said Cariann Hithon ran over a police officer.


The transfer student from Maryland had been in Florida celebrating her 22nd birthday.

Police initially responded to a report of several car accidents.

They said Hithon had been behind the wheel of her black BMW, passing cars in the oncoming lane and striking two vehicles at an intersection.

Police said witnesses and officers began to gather to help the victims, and that's when Hithon drove into a crowd, hitting an officer with her car.

Another officer then fired at Hithon.

"And at that point the other cop started shooting. I heard shots, four or five shots," a witness said.

Hithon crashed into an SUV.

The injured officer was taken to a nearby hospital after losing consciousness at the scene for a period of time. He is listed in stable condition.

Hithon's father, who lives in Maryland, is a retired Navy captain. He said he has many questions about what happened.

"Immediately your emotions go sky-high as to how they could have done that. But not knowing the truth of the circumstances, I had to calm by spirits and understand. I don't know what happened so I can't be too quick to judge," U.S. Navy Capt. Cary Hithon said.

Temple University released a statement saying "We are saddened to just be learning of the death of Cariann Hithon...As we gather more information...we send our thoughts and prayers to her family and friends."