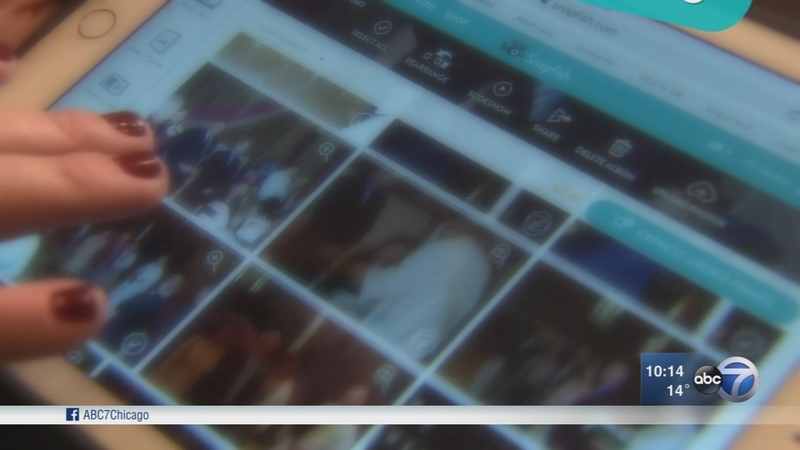 CHICAGO (WLS) -- Imagine some of your most precious memories gone in a flash. That's what happened to one woman using a popular website to upload photos, and she turned to the I-Team for help.

It was a 'photo bomb' for one Edison Park woman when she logged onto the photo storage site Snapfish and found that thousands of her pictures were gone.

"My heart fell to the floor. It was devastating. I had relied on Snapfish to hold on to these memories," Jazmin Golucki said.

Golucki takes thousands of pictures of her family and uses Snapfish to store them, as well as to make gifts like calendars. But when she recently logged on, hundreds were missing.

"Only about 30 percent of them were able to be viewed," she said.

Golucki started chatting with Snapfish representatives, who told her nothing could be done about the missing photos.

"They responded that my files had been corrupted because they were old and they systematically and routinely do system upgrades, and in doing so many photos can be erased," Golucki said.

Then, several weeks later, her pictures mysteriously reappeared. Snapfish told the I-Team 3,000 of her more "vulnerable" photos were affected by a "hardware failure," but that tech experts were able to retrieve them because they "triple back-up" all photos.

The company said other users with older pictures could be affected and warned that users should always store back-up copies of photos on a hard drive or other system.

"I didn't keep all of the hard drives of the old computers, and I didn't diligently download them. I thought they were safe in this virtual storage of Snapfish. I had no idea they could be corrupted and gone," Golucki said.

Snapfish's website says it's a "secure place for you to store and share your photos," but a disclaimer does say you "should always preserve your original Content... you should not use the Service as the only repository."

A member of the Illinois Technology Association, Greenwald said you should use the Google cloud, Microsoft cloud or the iCloud to back up pictures from your phone or digital camera.

"They have 20, 15, 20 data centers located around the world and they automatically copy them to other places so you really don't have to worry about the loss of data," Greenwald said.

If you don't trust clouds you can save pictures on your computer and hard drive and a separate, large hard drive. Greenwald said to forget CDs and flash drives; they're easy to lose and may not be reliable.

"I like to use Google to back up my photos. Anything I have off my camera automatically goes to my photos. And what's interesting about this is it organizes everything by date," he said.

It's not all picture perfect for Golucki - she said the only way she can back up all of the photos on Snapfish now is to download each and every picture, one at a time.

"It's each one individually, back to your hard drive of your computer which would take months to do if you had thousands of pictures," she said.