'Ten years ago it was 50.1 in Pilsen, now ten years later they told me right now its 39.2,' Census event held in Pilsen to raise fill-out rate 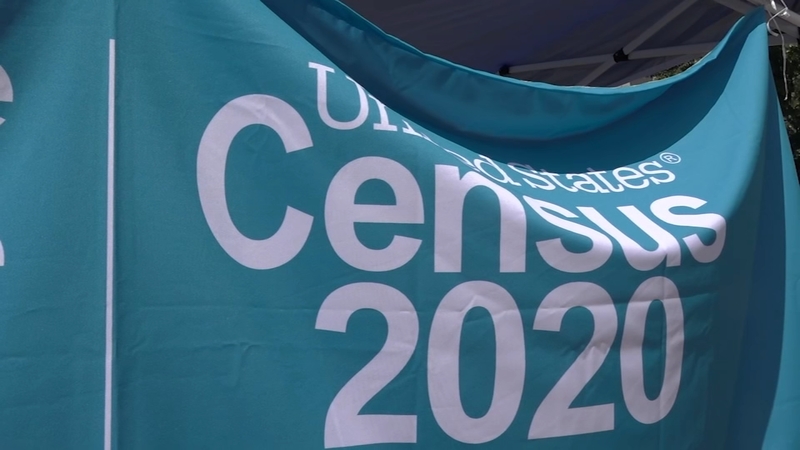 CHICAGO, IL (WLS) -- With the census deadline quickly approaching in the next several weeks, Pilsen community organization have set up tents to get community members counted on the census.

"Ten years ago it was 50.1 in Pilsen, now ten years later they told me right now its 39.2," said Medina who works with the Xilin Association.

Medina said the fear of immigration officials is what's keeping many from filling out the census. Census volunteers reminding the public that there is no immigration statues question on the form.

"We represent the most Latino and immigrant community here and we are here today to encourage our people to come out and fill out their census we are still so low in the self- response, we only have a couple of days left. September 30th is the last day to complete the census," said Jeylu Gutierrez who works with Cook County Commissioner Alma Anaya of the 7th district.

The event included music as well as goodie bags filled with hand sanitizer along with a bag filled with fruits and vegetables.

"You know we've already seen a certainty that we are going to lose that congressional seat, and because of the census, we want to make sure that we don't lose representation, that we don't lose resources, especially in times like these. We want to make sure we have representation in communities like Pilsen, Chinatown, across the district," said Alderman Sigcho-Lopez.