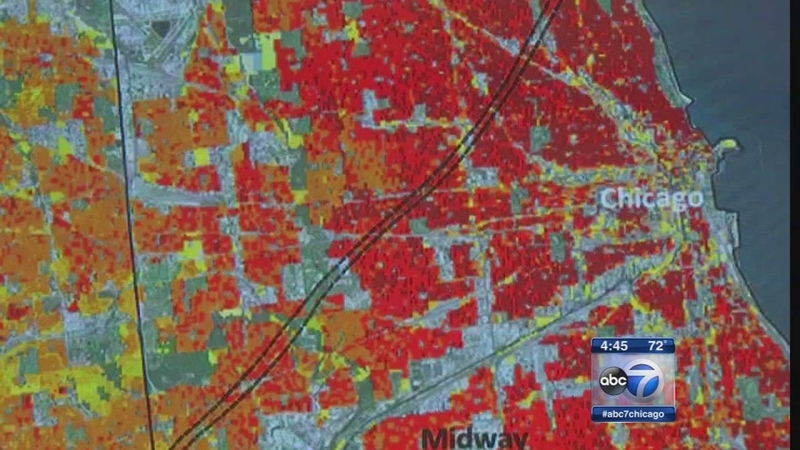 CHICAGO (WLS) -- The Plainfield tornado remains the only F-5 twister to strike anywhere in the country during the month of August. Packing winds as high as 265 mph, this historic tornado left images on first responders that they vividly remember to this day.

"I can tell you exactly what people looked like, exactly what damage there was - it's something that sticks in your mind forever," said Bob Knowles, Plainfield Fire Department.

"Nobody can imagine what we saw, the sheer devastation everywhere - that's when training took over and you just do what you have to do," said Troy Hambly, Plainfield Fire Department.

Back in 1990, the folks that were affected by this tornado had no warning. In the years following it, there were so many tornado warnings issued by the National Weather Service, it was known as the Plainfield Syndrome.

"The early 1990s all across the United Sates, the Doppler radars were fielded. This was our first chance to actually peer inside storms and look at motions within the storms and look at formations that actually led to the formation of tornadoes," said Ed Fenelon, National Weather Service.

Advanced computer modeling has also greatly improved severe weather forecasting, but even with these improvements, urban sprawl has greatly increased the likelihood that a violent tornado will strike a densely populated area.

Stephen Strader has studied historic tornadoes like Plainfield and looks at what the effects would be if such a twister struck today.

"The tornado that struck Plainfield in 1990 - if it went over that same area currently - you're looking at impacts that would be ten times greater just simply due to population growth," Strader said.