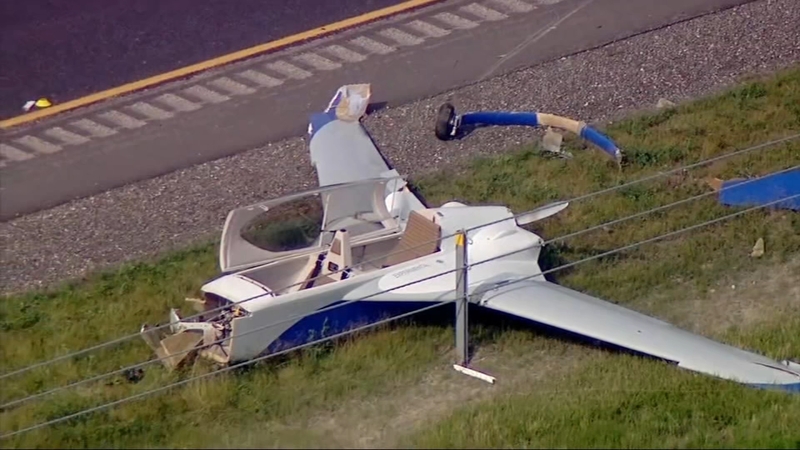 A small plane crashed onto the Reagan Memorial Tollway on Monday afternoon.

Chopper 7HD was over the scene of the crash, which happened in the westbound lanes near Watson Road at about 4 p.m., according to Illinois State Police. One lane of traffic was blocked as a result of the crash. All lanes reopened about 8:30 p.m.

The aircraft - classified as "experimental" -- is a small, fixed-wing, single engine plane with two seats, according to the Federal Aviation Administration. Authorities said the pilot was alone in the plane. The plane, registered to a person from Wheaton, took off from Waukegan Airport and was en route to Aurora, according to Illinois State Police.

"My daughter, she thought she heard a plane coming in and it didn't sound right. The next thing I know, I'm hearing helicopters," said Sue O'Connell, who lives in Kaneville near the crash scene and said the incident was "a first" in the more than 20 years she's lived there.

The plane's wing clipped a gray GMC Canyon as it attempted its emergency landing before coming to rest in the center of the grassy median, according to police.

The pilot sustained non-life threatening injuries and was transported to a local hospital for treatment, police said.