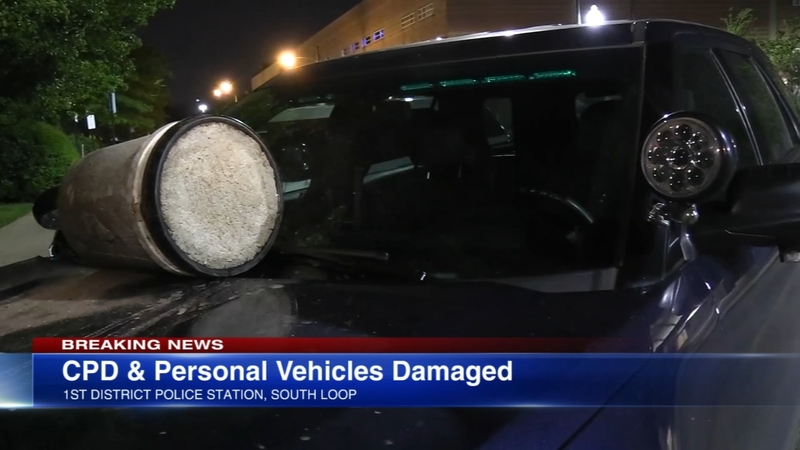 CHICAGO (WLS) -- Chicago police are investigating after several police cars and personal vehicles were damaged outside a police station in the South Loop Wednesday morning.

The incident occurred outside the 1st District Police station in the 1700-block of South State Street at about 2:30 a.m., police said.

Some of the damage was bizarre; a cone was placed on top of one of the cars and next to that one the person put a heavy tire on top of a car roof. They even managed to pick up a concrete bucket and lug it onto the hood of an unmarked police SUV.

The damage extended further down State Street, with some damage to an outdoor seating area fence and a city trash can.

The man responsible apparently took off after doing the damage. The person is reportedly a prisoner who was released from the lock-up, but police have not confirmed that information.