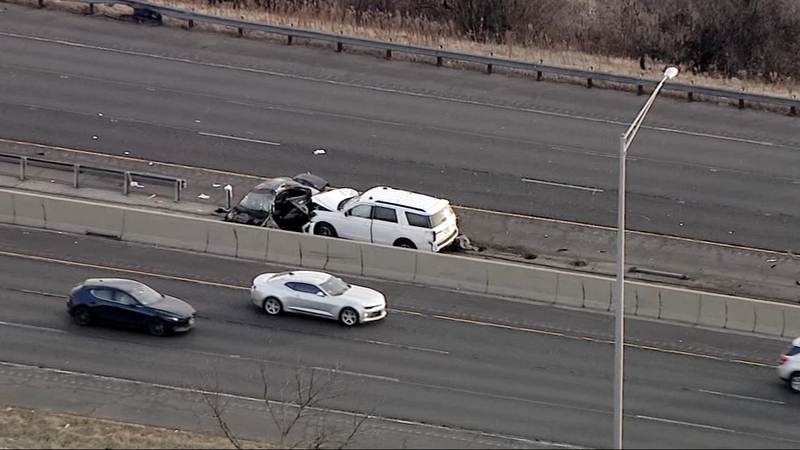 RIVERDALE, Ill. (WLS) -- A person was killed and an Illinois state trooper was injured in a multi-vehicle crash on I-57 in south suburban Riverdale Monday morning, police said.

The trooper was in an unmarked squad car when it became involved in a crash in the northbound lanes of I-57 near 138th Street at about 2:30 a.m., police said.

Police said a car lost control and struck the trooper's car and both cars ran off the roadway, hitting a wall.

CHICAGO TRAFFIC: Check out conditions on our live traffic map

A person in the car that lost control died at a local hospital, police said. Authorities have not released the person's identity.

The state trooper was transported to a hospital with minor non-life-threatening injuries, police said.