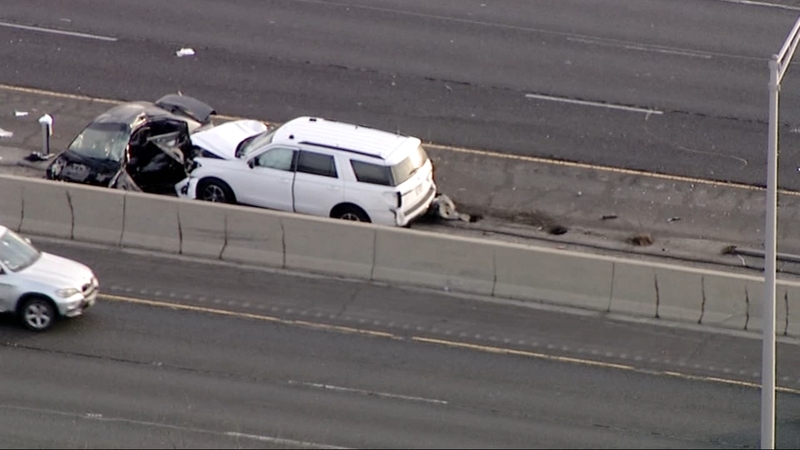 RIVERDALE, Ill. (WLS) -- The passenger in a car involved in a deadly crash involving an Illinois state trooper's vehicle on I-57 Monday morning has been charged with involuntary manslaughter.

The crash occurred at about 2:28 a.m. in the northbound lanes of I-57 at Cal Sag Road, police said.

Illinois State Police said Sindi Miller, 29, was driving in a car with her spouse, Camesia Miller, 46, in the front passenger seat. Police said Camesia Miller's actions unintentionally caused the death of her spouse and caused a two-car crash involving the state trooper's vehicle.

RELATED: Death of woman hit by Illinois state trooper in I-57 crash in Riverdale ruled a homicide: autopsy

Police said a car lost control and struck the trooper's car and both cars ran off the roadway, hitting a wall.

Sindi Miller was pronounced dead at the scene of the crash. Camesia Miller remains hospitalized from injuries in the crash.

The trooper involved in the crash was also injured.