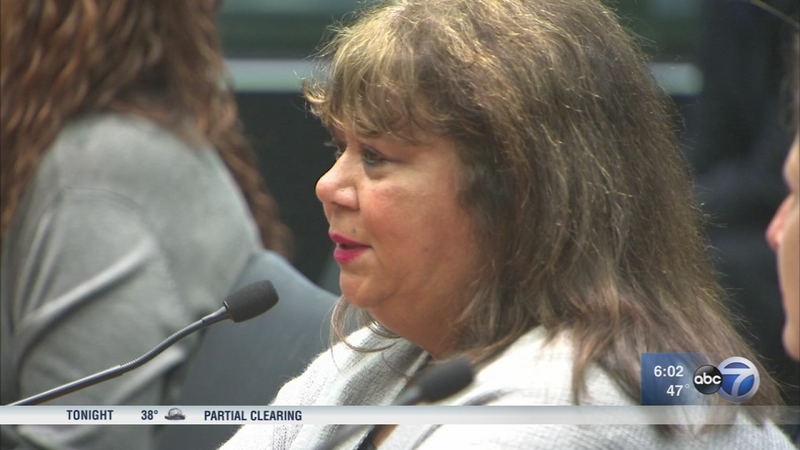 CHICAGO (WLS) -- Gun safety advocates gave passionate and emotional testimony on Tuesday in Chicago as part of a push for lawmakers to override Gov. Bruce Rauner's veto of a bill to license gun dealers.

Bill supporters know it will be an uphill battle to get enough votes to overturn the governor's bill, but they are motivated by the weekend March for Our Lives rallies in Washington, D.C., and throughout the country.

They are also motivated by stories from Chicago families who have been impacted by gun violence. One of them is the Burgos family.

"My daughter deserved to live and now I have to live and speak for her," said Milagros Burgos, whose 18-year-old daughter Alexandria was fatally shot in the head by a stray bullet in 2014 while she was sitting in the kitchen.

The testimony came during a state House Judiciary Committee meeting in Chicago's Loop. The committee is trying to build support to override the governor's veto of the Gun Dealer Licensing Act.

"Blood is spilling in the streets every day. I don't care anymore if you're a Republican or a Democrat or in between. What I care about now is we resolve this problem," said Gayinga Washington, who lives in the Austin neighborhood.

But representatives of the NRA, Illinois State Rifle Association and Gun Dealers told legislators the law will not accomplish what it purports to do.

"The governor should have vetoed, in our mind because he saw this for what it was, a complete and total overreach of a regulatory scheme. Not designed to regulate an industry, but to drive them out of business," said Todd Vandermyde, of the Federal Firearms Licensees of Illinois.

At City Hall, the Public Safety Committee approved a ban on the sale of body armor to most civilians, which comes in the wake of the murder of Chicago police Cmdr. Paul Bauer. They also approved a ban on bump stocks and passed a resolution calling for the override of the governor's veto on the gun dealer bill.