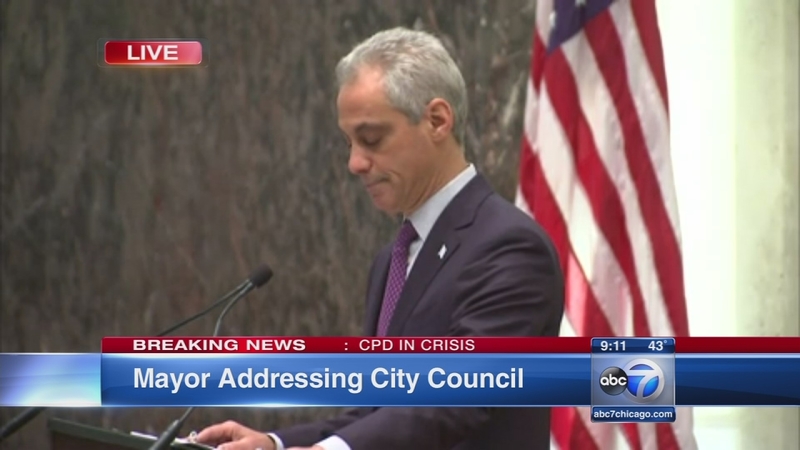 CHICAGO -- "I am the mayor. As I said the other day, I own it. I take responsibility for what happened because it happened on my watch. If we're going to fix it. I want you to understand it's my responsibility with you. But if we're also going to begin the healing process, the first step in that journey is my step. And I'm sorry," Chicago Mayor Rahm Emanuel said. "Nothing less than complete and total reform of the system and the culture it breeds will meet the standard we have set for ourselves for the city."

Emanuel apologized for the shooting of Laquan McDonald, 17, before outlining his plan to restore the community's faith in the Chicago Police Department during a special address to the City Council. Critics say he'll have an uphill battle.