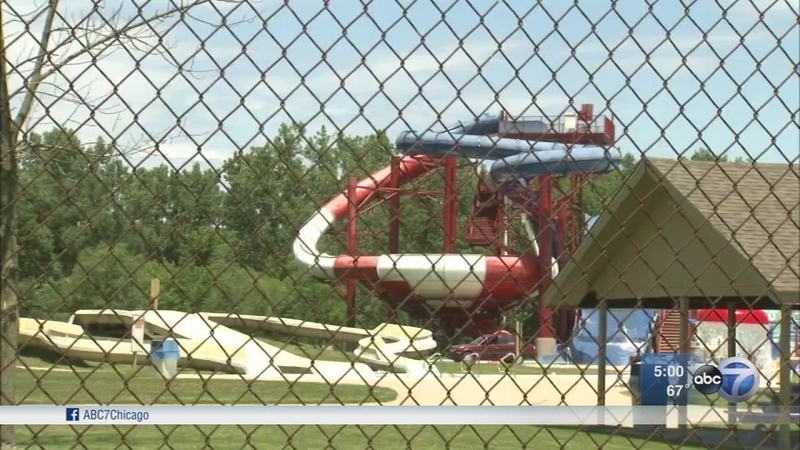 PORTER, Ind. (WLS) -- A water park in Northwest Indiana is shut down after a group of children who visited there suffered chemical burns.

The water may be running, but the park is shut down after the incident.

"My daughter was going to go in there this Thursday, but I guess she's not going," said Erik Hughes, parent.

"The water park opened without the necessary permits, inspections, water samples and functioning equipment, and due to that we have had a number of children that have had significant chemical burns," said Keith Letta, Porter County Health Department.

Letta said children as young as two years old got rashes that turned into blisters on their arms and legs.

"It's just hard to believe that someone doesn't know how to mix chemicals, I suppose, and didn't know the reactions they would have together. It's pretty dangerous," said Mike Miller, grandparent.

Indiana state law requires parks be inspected and provide water samples for testing before opening to the public, but the health department said Seven Peaks did not.

At the park, a sign reads "Closed for Maintenance." Some parents are now rethinking their children's summer plans.

"Would I want to come back? I'm not sure if they are not up to standards, no I don't think I would," Miller said.