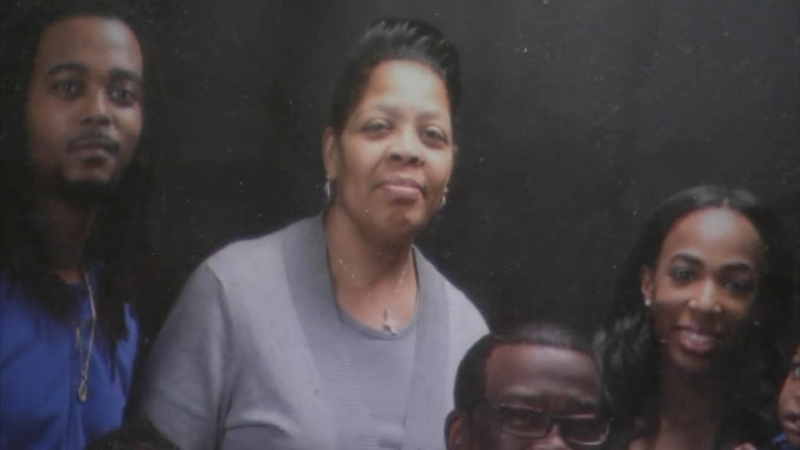 POSEN, Ill. (WLS) -- A 62-year-old grandmother was killed in a hit-and-run while leaving church in south suburban Posen Sunday afternoon.

Police said one person is in custody and they are looking for three other people involved in the deadly hit-and-run with a stolen vehicle.

The incident occurred Sunday afternoon near 147th Street and Mozart Avenue. Family said 62-year-old Annette Odneal was leaving church in her SUV when a driver in a stolen Dodge Charger slammed into her at a high rate of speed.

Odneal was pronounced dead. The family of the beloved mother and grandmother want justice for her and want to know why the suspects took off and left her to die.

"Any my kids, my son, my daughter and my grandkids, she won't ever see them grow up and be grown," said Obie Odneal, Annette's husband. "It's horrible. It's just horrible. They tore the family apart."

Odneal's husband said his wife recently retired from teaching, and worked tirelessly to help others.

Home security video shows the alleged suspects run from the scene after the crash. One of them was hurt and was being carried by the others. That injured suspect was apparently taken to a hospital then taken into police custody.

"My sister was a loving person and she always helped people," said Kenneth Williams, the victim's brother. "I don't believe that she deserved for those guys to leave the scene like they did."