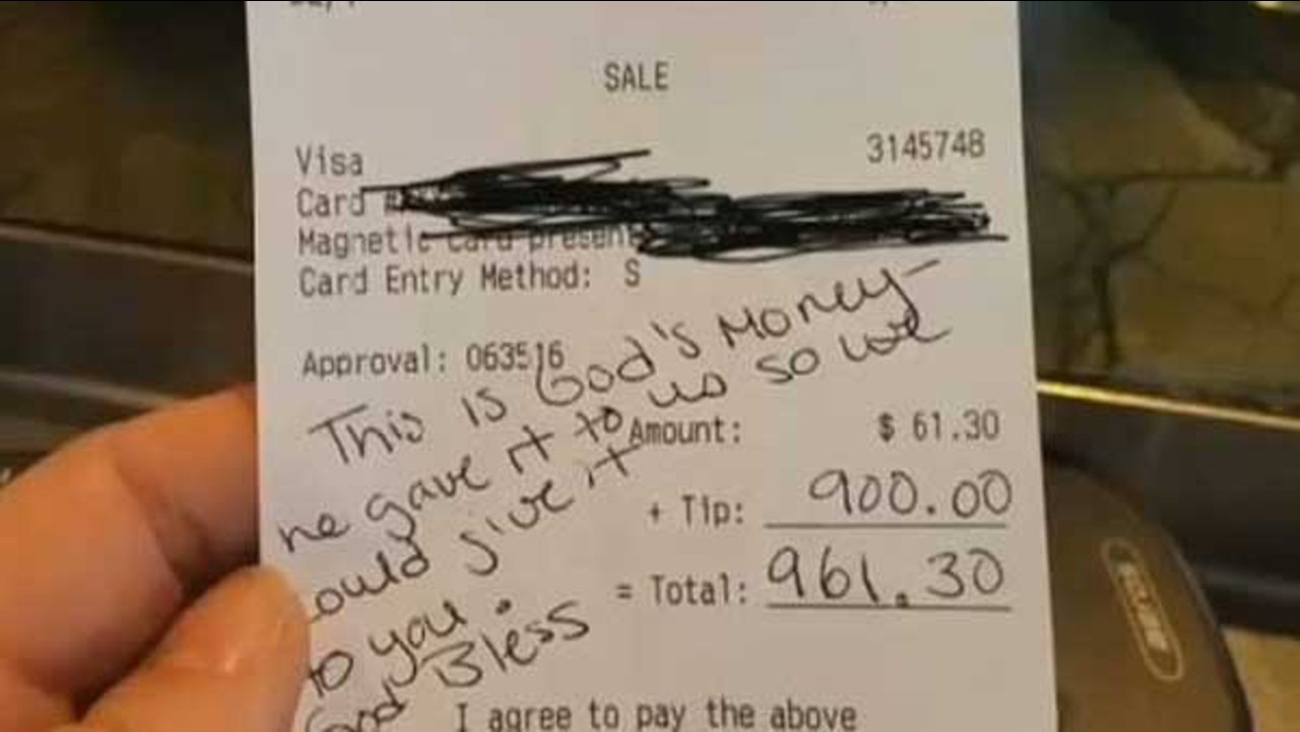 PHOENIX, Ariz. -- A server and bartender at a restaurant in Phoenix, Arizona, got a shocking - but pleasant - surprise from a customer earlier this month: a $900 tip.