WLS
By John Garcia
CHICAGO (WLS) -- The family of a missing pregnant woman is seeking the public's help finding her.

Police say she may have been driving a black 2002 Honda Civic with the plate AW27865.

The family said surveillance video at the school shows Uriostegui walking off campus alone at 3:06 p.m. and appeared to be texting on her phone.

She is described as 5'3, with brown hair and brown eyes, and sometimes wears a small nose ring. She was last seen wearing a gray sweater, sweatpants and a maroon top with a Latino Youth High School logo on it.

Her family held a news conference Thursday morning pleading for her return. They are desperate for answers.
EMBED More News Videos

Her husband and father of their three year old son said he believes he was the last one to speak to Uriostegui the day she disappeared, stating he had been texting her throughout the day.

He said she last texted him around 3 p.m. last Tuesday, saying she was tired and couldn't drive anymore as she was allegedly on her way to pick up her son.

Her mother said the family believes someone kidnapped her and is holding Uriostegui against her will. Her family said they've gotten ransom demands from Mexico, but said they don't believe she is actually there.

"We know nothing. We're asking the community to help us find her," said Uriostegui's father Arnulfo Ochoa.

Uriostegui is 9-months pregnant. Her due date is May 5.

Her family claims Uriostegui is responsible, and leaving her family and son would be out of character.

Activist Andrew Holmes is offering to help with search efforts. His organization is currently working on finding 27 year-old Kierra Coles, a pregnant postal worker, who has been missing since failing to show up to work last October. Coles was last seen on her way to work but never showed up. 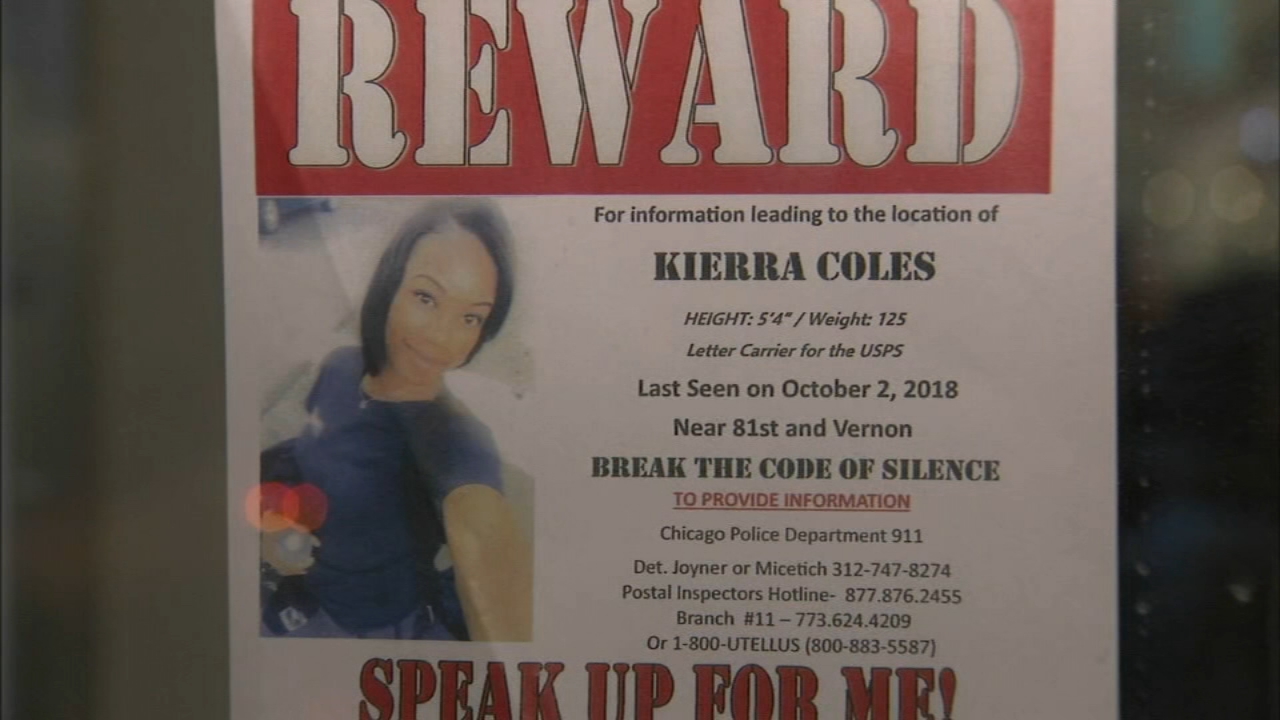 Pregnant postal worker missing from South Side since October 2018
Friends, loved ones and the National Association of Letter Carriers are asking for help finding 27-year-old Kierra Coles, a postal worker who was pregnant when she went missing from Chicago's South Side more than five months ago.

"I'm gonna be involved to find the whereabouts of these young women." Holmes said.

There is a large reward for information.

"Regardless of how much money is out there we just need to find this young lady," Holmes said.

Julia Rooney, a school social worker, said she believes police have more information they are withholding from the family.

The family says detectives were not present at the press conference.

Anyone with information on her whereabouts is urged to call 911 or the Special Victim's Unit at (312) 747-8274.
Report a correction or typo
Related topics:
chicagopilsenmissing teenagermissing womanpregnant woman
Copyright © 2021 WLS-TV. All Rights Reserved.
More Videos
From CNN Newsource affiliates
TOP STORIES