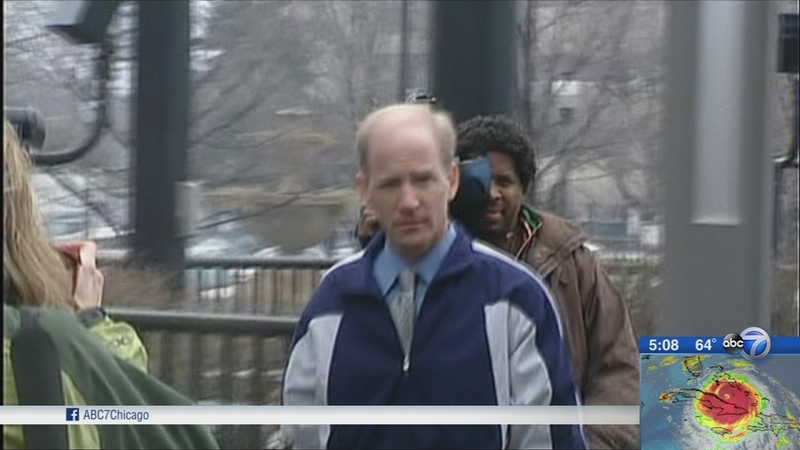 CHICAGO (WLS) -- A Cook County judge ruled Friday that former Chicago priest Daniel McCormack is a sexually violent person and should remain indefinitely in a state facility for sex offenders.

McCormack's victims also wanted him to remain in custody.

"They know how dangerous he is, they know how cunning he is, how manipulative he is," said Marc Pearlman, a attorney representing several of the victims.

In 2007, McCormack pleaded guilty to sexually abusing five boys while he was a priest at St. Agatha Parish on Chicago's West Side, but court records show dozens of other boys alleged McCormack abused them as well.

To be declared a sexually violent person, prosecutors must prove McCormack has a mental disorder and will reoffend again. The state's only witness, forensic psychiatrist Dr. Angeline Stanislaus, diagnosed the former priest with pedophilia. She testified it is likely McCormack will offend again, especially since he continued to abuse boys after he was arrested and placed under supervision by the archdiocese.

Since the state filed its petition in 2009 to have McCormack declared a sexually violent person, the former priest has been held in a downstate facility for sex offenders. He appeared in court Wednesday, and his attorneys will have their own psychiatric experts as witnesses. All are relying on court records and documents, as McCormack chose not to be interviewed.

Barbara Dorris, managing director of SNAP, released a statement saying, "Today former Catholic priest Daniel McCormack was found by a Cook County judge to be a sexually violent person. That means that, for the present, the former priest will remain at the Illinois Department of Human Services facility for sex offenders where he has been held since he completed his prison sentence. In November the judge will decide whether Mr. McCormack will remain at the facility indefinitely or will be released to the community under strict conditions.

As survivors of child sexual abuse, we are grateful to the court for recognizing the danger that Mr. McCormack could pose were he to be released back into society. While we recognize that the former priest has served his time, we believe that the threat he poses to innocent children warrants this extraordinary safeguard.

Just recently we were extremely saddened to learn that another former priest, previously convicted and required to register as a sex offender, was arrested on new charges of sexually abusing a child.

Although an arrest is not a conviction, we know that false allegations of child sexual abuse are extremely rare.