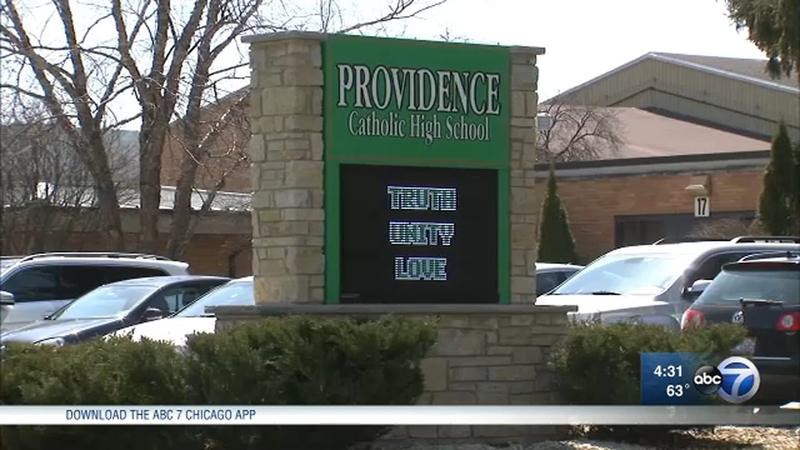 NEW LENOX, Ill. (WLS) -- A former student at Providence Catholic High School in New Lenox is suing the school, claiming he was sexually abused by the school's former principal president.

It took Krankvich over 20 years to gather the courage to publicly tell his story. The 36 year old says he was repeatedly sexually abused during his freshman and sophomore years at Providence Catholic High School by Father Richard McGrath. At the time, the Augustinian Catholic priest was the principal of the New Lenox school. McGrath eventually became president until he abruptly resigned a few months ago.

"He told me to remain silent and never come back to school and if I was to ever talk about it, he would get my family and myself arrested for doing the things I had done," said Krankvich.

For years, he said lived in shame hiding it with alcohol, drugs and several suicide attempts.

Krankvich finally went to New Lenox police a few months ago, after a Providence Catholic student reported to the school and police she allegedly saw a picture of a naked adolescent boy on McGrath's cell phone.

"It was from that investigation that this young man decided to come forward with his life story and we are investigating to the full extent and now waiting for decision from the state's attorney's office," said Chief Bob Sterba of the New Lenox Police Department.

Until a criminal investigation is complete, Krankvich, for now, is filing a lawsuit against the Augustinian order and Providence Catholic. The hope is for other victims, if there are any, to come forward to police.

"I wanted to give power to other survivors to give power victims to let them know they don't have to live in the shadows and hide anymore," Krankvich said.