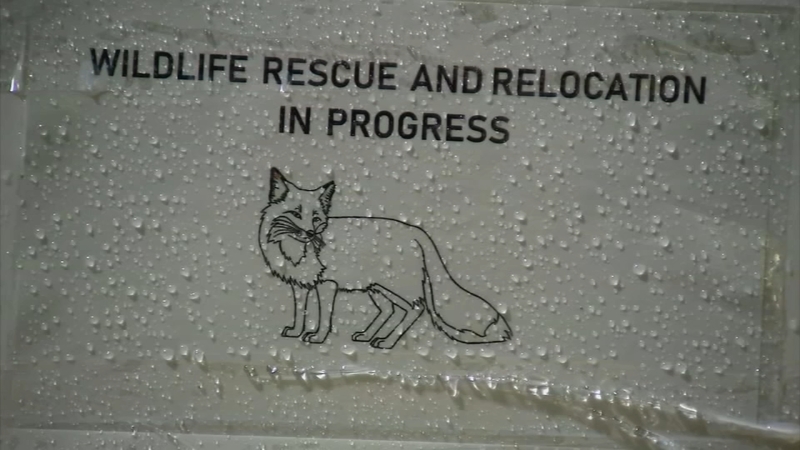 Two Georgia Tech students were injured by a rabid fox, sparking officials to warn the community about feral animals on campus.

The fox that injured the two students tested positive for rabies, reports WSB-TV.

Last week, three students encountered a fox on the pathway behind the Molecular Science and Engineering (MOSE) Building near the campus' track and field facility, a university news release said.

Over the weekend, another student had a similar run-in with a different fox in the same area. That fox has not been captured and campus officials believe there could be several others and all of them could carry rabies.

After learning about the attack, Abi Lewal immediately found a new route to class.

"A friend of mine in my research group said he saw one of the foxes around here so I decided to take the long way so we wouldn't be accosted by whatever fox was over here," Lewal said.

University officials stressed that anyone who encounters a potentially rabid animal to seek medical treatment: "It is critically important to seek medical treatment after an encounter with a potentially rabid animal. Early symptoms of rabies in humans are non-specific and may include fever, headache, and fatigue. Left untreated the virus can cause difficulty swallowing, paralysis, and even death. These symptoms may never occur or may occur only at the very last stages of the disease."
Report a correction or typo
Related topics:
pets & animalsgeorgiarabiesfoxcollege
TOP STORIES
Body of missing Evanston swimmer recovered from Lake Michigan: FD
Search for Brian Laundrie in nature reserve called off for night
38 shot, 6 fatally, in Chicago weekend violence
Bears take on Bengals in home opener at Soldier Field
What to do if a poser is using your pictures on social media
Elgin man charged in Kane County hit-and-run that injured motorcyclist
Steve 'Mongo' McMichael accepts ALS Courage Award
Show More
TIMELINE: What happened to Gabby Petito?
Chicago Weather: Mostly sunny, warmer Sunday
River North bar employee shot: CPD
Massive fire breaks out at Burr Ridge home
3-year-old boy shot in Calumet Heights neighborhood: CPD
More TOP STORIES News