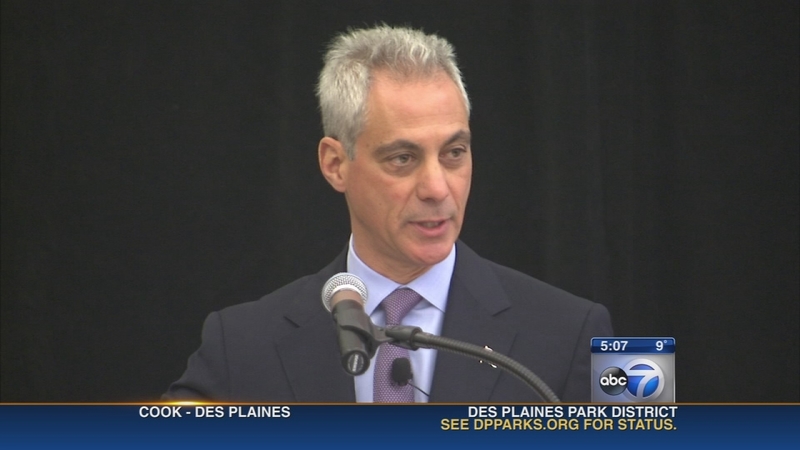 CHICAGO (WLS) -- With the new year comes a new focus on the campaign trail in the race for Chicago mayor.

Rahm Emanuel spent Thursday touting his education reforms and beating back criticism that he has under-delivered for the city when it comes to improving public education.

"Three years ago, 40 percent were dropping out; in three year's time, 80 percent will be graduating," Emanuel said. "And that is a testament to all the work that's being done across the City of Chicago."

Emanuel said he was proud to extend the school day, especially full-day kindergarten for all CPS students, and to expand pre-K programs. He also talked about the system's school closures last year.

A coalition of parents, teachers and activists said the mayor was overselling his achievements.

"The mayor continues to promote a version of reality that is dangerous in its dishonesty," said Jackson Potter of the Bright Futures Coalition. "He has not increased access to pre-K, contrary to his many claims."

"So the good mayor has got to go because he has total disrespect (for) our community," Wilson said.

Ald. Bob Fioretti didn't buy how difficult the issue was either.

"There were several schools that were recommended to keep open, they closed them all - somebody is kidding somebody - we know the mayor is getting big Hollywood money, maybe he's learning how to act too at the same time," Fioretti said.

And other opponents said the incumbent's focus is not what the city needs.

"We want a city that ensures that the neighborhoods see and feel and know the prosperity that we have seen in some parts of the City of Chicago," said Jesus "Chuy" Garcia.

Emanuel says in a second term, he'll give principals more control over their budgets, and pressure the state to rationalize education funding.