Previous effort by PTS to move Consume Dispensary to site was denied, saying it was illegal under state law
WLS
By ABC7 Chicago Digital Team 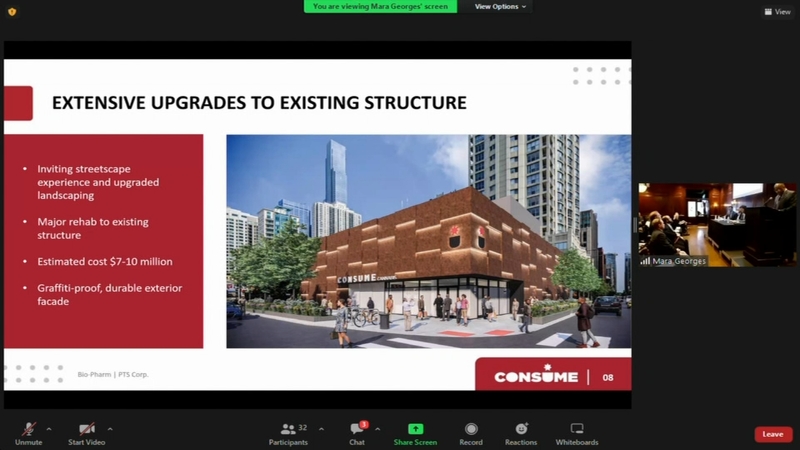 CHICAGO (WLS) -- The company that wants to open a marijuana dispensary in the former Rainforest Cafe made its case during a meeting on Tuesday night hosted by the River North Residents Association.

Palatine-based Progressive Treatment Solutions, or PTS Corp., which currently operates four Consume dispensaries and a cultivation center in Illinois, wants to move a dual-use pot shop from 6428 N. Milwaukee Ave. to 605 N. Clark St., which previously housed the colorful Rainforest Cafe until it closed amid the pandemic in August 2020.

A previous effort by PTS to move its Consume Dispensary to the site was denied, saying it was illegal under state law.

A dispensary can't open within 1,500 feet of an existing pot shop unless it's owned by a so-called social equity applicant, according to Chris Slaby, a spokesman for the Illinois Department of Financial and Professional and Regulation.

There are at least three dispensaries that appear to be within that distance. PTS, one of the original firms to get approval to sell pot in Illinois, does not have social equity status, a designation created to diversify the white-dominated weed business.

Dispensaries that sell medical and recreational weed, like Consume in Norwood Park, also can't legally move outside their designated medical district, Slaby said. But PTS would need to do just that to move to the shuttered Rainforest Cafe building.

The company is trying again after partnering with a social equity firm.