Ramiro Calixto, 26, dies after being swept into Lake Michigan near North Avenue Beach 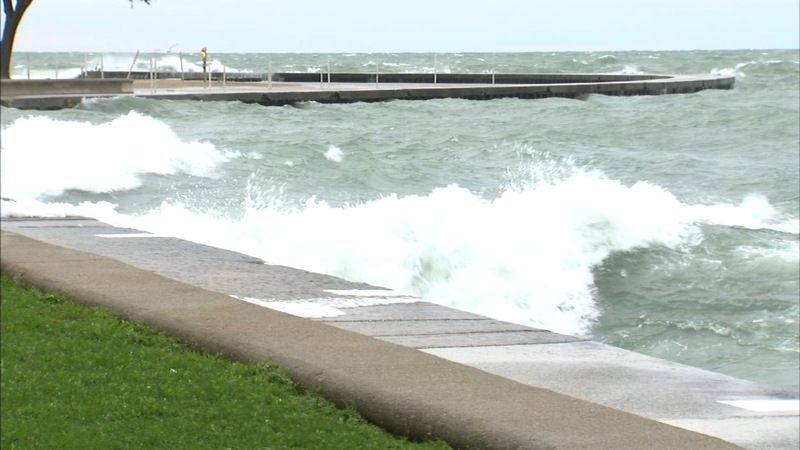 Man, 26, dies after being swept into Lake Michigan near North Avenue Beach

CHICAGO (WLS) -- A 26-year-old man died Saturday after being swept into Lake Michigan as he was walking along the lakefront near North Avenue Beach.

The victim was identified as Ramiro Calixto, according to the Cook County Medical Examiner's Office.

Calixto was pulled into the water by a wave at about 5:40 a.m., according to witnesses.

The Chicago Fire Department said the incident was reported just after 6 a.m. Rescue boats and a helicopter from CFD, the Chicago Police Department and the Coast Guard were deployed in the search effort.

Calixto was later found on the shore near Oak Street Beach at approximately 7:30 a.m. He was taken to Northwestern Hospital in extremely critical condition and was later pronounced dead.
The National Weather Service warned of dangerous conditions along the lake this weekend. Large waves, high winds and flooding along lakeshore paths were forecast until Sunday night.

People are urged to stay off the shoreline rocks.

WATCH: Dangerous conditions on Lake Michigan due to high waves and rip currents