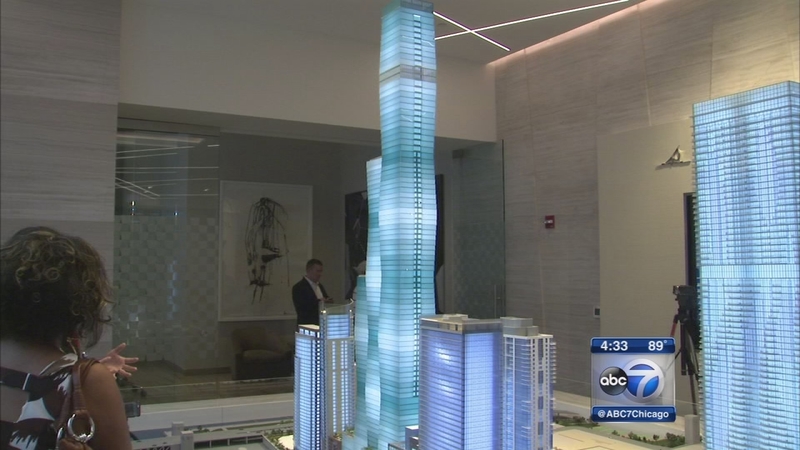 CHICAGO (WLS) -- Construction began Wednesday on a tower that will be the third-tallest building in Chicago.


Mayor Rahm Emanuel held a ceremonial groundbreaking at the site near North Columbus and East Wacker drives in the Loop Wednesday morning but the earth movers actually began their work along Lower East Wacker in mid-August.