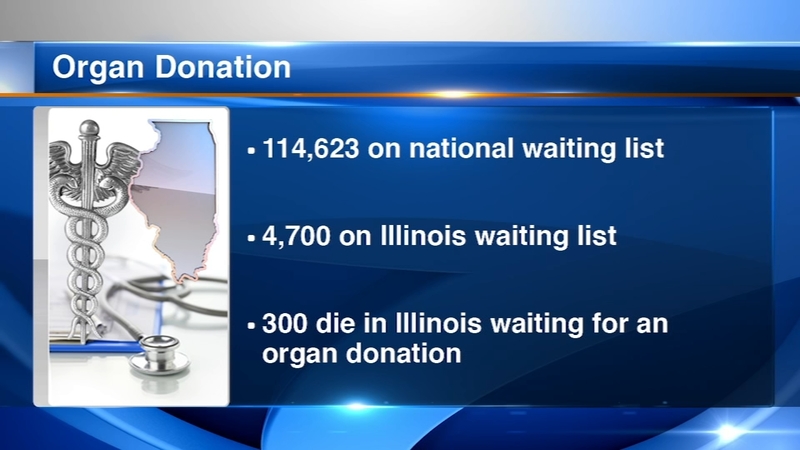 CHICAGO (WLS) -- Kelly Roberts, 33, the mother of a young daughter, got a second shot at life a few months ago with a little help from above. Her pastor, 59-year-old Reverend David Potete, gave her one of his kidneys.

"Without having the transplant, I might have never been able to experience true life," Roberts said.

"I'm really the one that is blessed because life is sacred," Potete said.

The duo are sharing their story just head of the observance of National Donor Sabbath Nov. 9-11.

"We believe we're going to touch a lot of lives. We're going to save a lot of people," said Jesse White, Illinois Secretary of State.

It's an effort by the Illinois Secretary of State's office, which runs the state's organ and tissue donation program, to educate religious communities about the program and dispel myths.

"You don't have to die to donate your organs. There are many living individuals who have selflessly donated organs," Tracy Alston, of the First Ladies Initiative, said of a common misconception about the program.

According to program officials, 114,623 people across the country are on the waiting list for organs, about 4,700 of them in Illinois. Three hundred people in Illinois die each year waiting for an organ.

"I'm here because I know it's what he would want me to do," she said.

Since its inception some 30 years ago, the campaign collaborates with houses of worship to reassure people that nearly every religion permits them to be an organ donor.