WLS
By Mark Rivera
CHICAGO (WLS) -- A Chicago soldier who lost his life in the war in Afghanistan is finally back home.

The remains of Army Spec. Michael Isaiah Nance, known as Isaiah, were returned to Chicago Friday.

The 24-year-old paratrooper grew up on Chicago's South Side. He was one of two Americans killed in an apparent insider attack in Afghanistan last month.

A dignified transfer was held at the Signature Flight Support Hanger at Midway International Airport Friday afternoon. With flags unfurled above him, the soldier, and son of a former Chicago police detective, received a procession of honor from Midway Airport through the community to the Leak & Sons Funeral Homes in Country Club Hills.


Nance's family is mourning his loss but they are proud of how he will be remembered.

"It's unimaginable ... just thanking God for his life, man," said Kennon Forest, Isaiah's great uncle. "He was jokester. He was just a young man enjoying life. Loved to travel."

Isaiah was deployed to Afghanistan on July 12. His family said he was a role model to his younger brother and cousins.

"Because his life was cut so short, I feel guilty being here longer than he was. So, from here on out, I made a promise to myself to live every day to the fullest and kind of embrace every day," said Trevor Harris, Isaiah's cousin.

Isaiah went to high school in Chicago's northern suburbs before pursuing Army training. Serving his country was his dream, his family said.

"The one thing his mom would want everyone to know is that he died doing exactly what he loved doing," Forest said.

"His life wasn't in vain," Harris said. "There were a lot of people that were affected by him in a positive manner and that makes us feel a little bit of solace."

Nance will be laid to rest at Abraham Lincoln National Cemetery with full military honors on Tuesday. 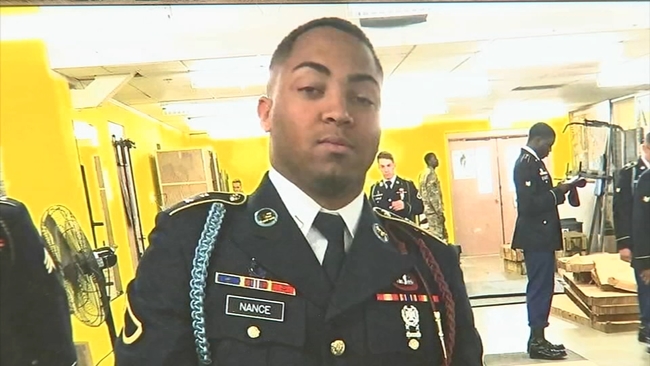