Ribfest 2022 kicks off Friday at DuPage County Fairgrounds in Wheaton 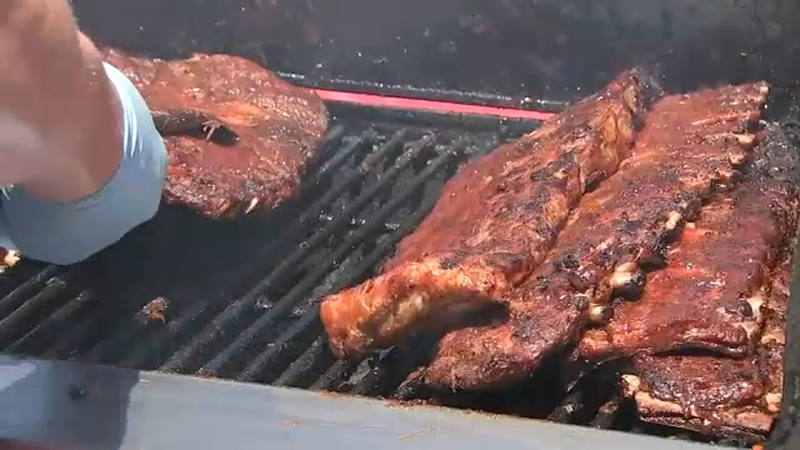 Ribfest 2022 kicks off Friday at DuPage County Fairgrounds in Wheaton

The event is filled with the sweet sounds and savory smells of summer.

Naperville hosted Ribfest for 32 years, but with construction going on over there, organizers had to find a new home for the first time. The festival is now taking place at the DuPage County Fairgrounds in Wheaton.

Ribfest is the major fundraiser hosted by the Exchange Club of Naperville to help fight child abuse and domestic violence.

Thousands of people come out every year for the fest to take down some ribs while enjoying live music all weekend.

It's a return many have been waiting for and there are some slight changes to expect.

Vendors are coming in from far and wide to share the best ribs in the country, including Blazin Bronco's, who came all the way from Florida.

"It's a lot of work. If it was easy, everyone would be doing this," said Blazin Bronco's owner Dennis Carrino.

He says he's been coming to Ribfest for decades and is fired up to be back.

"We're running four lines tonight and today, and that's the way this event is. You have to run four lines and have product behind you," Carrino added.

He said he plans to cook 28,000 pounds of meat over just four days.

"You taste the sauce, then you taste the smoke, and then the texture of your meat and that's what makes a great rib," he said.

Ribfest organizers say Lee Greenwood will fill the role of opening night headliner after Toby Keith bowed out due to health reasons.

Over the past 32 years, over $18 million has been raised because of this festival.

It all gets going around noon.