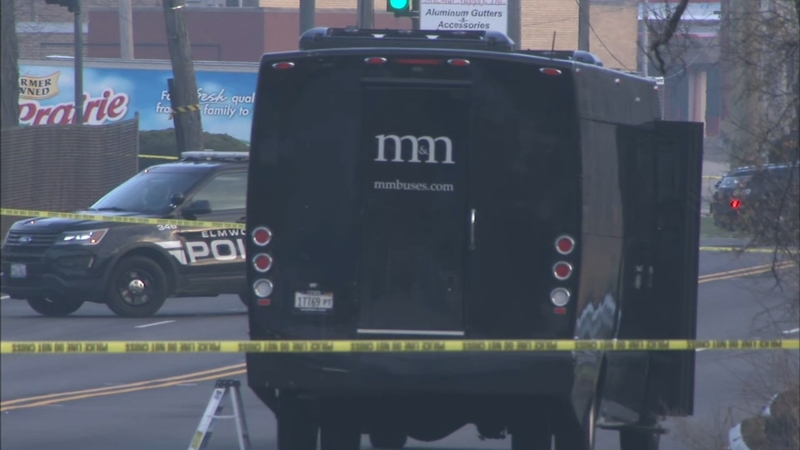 Police determined unknown occupants of a vehicle fired a weapon at the bus, which was stopped at the intersection.

The bus driver then took the vehicle to Franklin Park to find a safe location and parked it in the 3300-block of North River Road.

Police blocked off part of North River Road, as they worked to determine preliminary information later Saturday morning. What appeared to be a party bus could still be seen in the area about 6:30 a.m.

M&M Limousine Services in Des Plaines owns the bus. A spokesman for the company said the driver is OK but would not provide any additional details on the incident.

The West Suburban Major Crimes Task Force is assisting in the investigation.