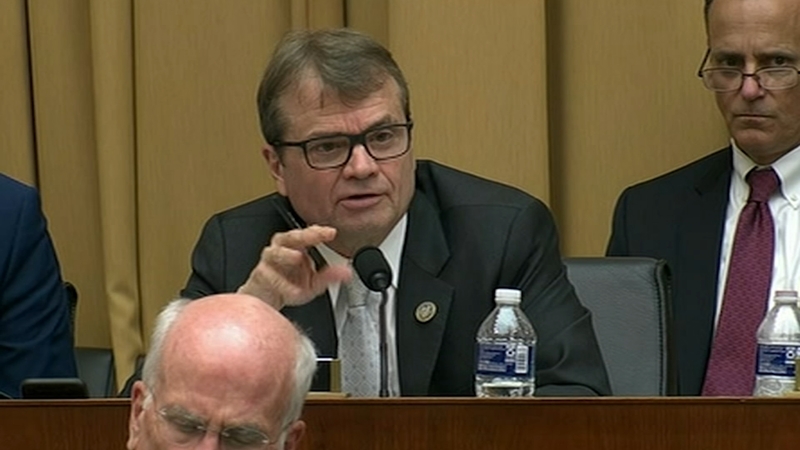 CHICAGO (WLS) -- Robert Mueller may not have broken any new ground Wednesday, but his testimony was important because very few people have read the special counsel's report on the Trump Russia investigation.

Mueller told Congress that his investigation was not a witch hunt, and he sounded the alarm about future attempts of foreign interference in U.S. elections.

He also made it clear that he could not exonerate President Donald Trump on obstruction of justice.

"Was there sufficient evidence to convict President Trump or anyone else with obstruction of justice?" Republican Rep. Ken Buck of Colorado asked.

"We did not make that calculation," Mueller answered.

"How could you not have made the calculation?" Buck asked.

But Mueller said it would be possible to charge the president after he left office.

Trump is claiming victory Wednesday evening, calling this a "devastating day" for Democrats.

Rep. Mike Quigley (D-IL 5th District) and Rep. Raja Krishnamoorthi (D-IL 8th District) were the only Illinois lawmakers on either of the committees questioning the special counsel.

"If they cannot be indicted as a seated president through a second term, they may be above the law because the statute of limitations will run out," Quigley said. "So if you follow the logic of this policy, a president can commit any crime in his first three years, if the statute of limitations runs out in his second term he won't face prosecution as any other citizen would."

Mueller, responding to questions from Rep. Krishnamoorthi, spoke of the need for intelligence agencies to work together to protect the 2020 election.

"Much more needs to be done to protect against this intrusion," Mueller said. "Not just by the Russians but others as well."

Kirshnamoorthi said he was surprised by where Mueller said his investigation did not go.

"He did not perform a counterintelligence assessment, and reach counterintelligence conclusions, and that's very important because those could be ongoing national security risks today that we have to mitigate or address ASAP to protect our country," Krishnamoorthi said.

The hearing, called by the Democrat-controlled House, is seen as a way to gauge support for impeachment proceedings. Rep. Quigley said he supports a Watergate-style inquiry.