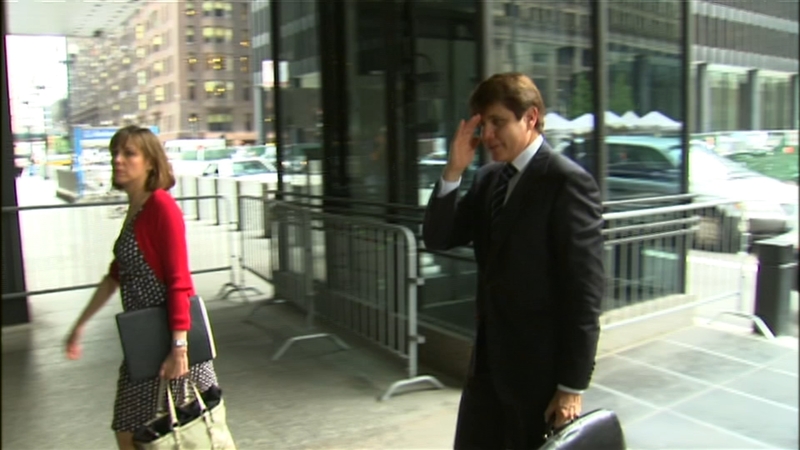 With his case under review in the Supreme Court, convicted former governor Rod Blagojevich has come to the end of the road in the fight to get his conviction overturned.

"We're in a kind of a precarious position right now where we're waiting on the Supreme Court to hopefully deliver to our family justice that we've been waiting for for the last six years," said Blagojevich's wife, Patti Blagojevich.

In 2012, Blagojevich reported to a federal prison in Colorado to serve a 14 year prison term.

The Supreme Court was asked to clarify two conflicting rulings that have established different criteria for what constitutes corruption in political campaign contributions.

In a landmark case cited by Blagojevich's attorneys, McCormick vs U.S., a lower court ruled that such contributions are only illegal when there is an explicit promise of something that will be done in exchange.
The standard that lead to Blagojevich's conviction was from another case, Evans vs. U.S. which said that implied promises given in exchange for campaign donations are illegal.

"The jury was instructed to convict if it found that he asked for political donations knowing that they were connected to some official act, which is, if you think about it, is incredibly low bar for anyone that has to go out and fundraise," said Blagojevich attorney Leonard Goodman of his client's trial.

"You always know in your mind that you're asking these people because they want you to vote this way on this bill or that, that is just an impossible standard."

Blagojevich has always maintained his innocence, and his wife expressed hope for this final appeal.

If the Supreme Court does not rule in Blagojevich's favor, his final recourse would be to appeal directly to President Donald Trump.

"We would obviously make that appeal to the President for a commutation. Rod has a relationship with him from when he was on The Apprentice," said Patti Blagojevich. "President Trump has said numerous times and made public statements astonished at the length of the sentence and in support of Rod. I think he has a favorable opinion of him. So, God forbid we don't have success here,that obviously would be our next step."