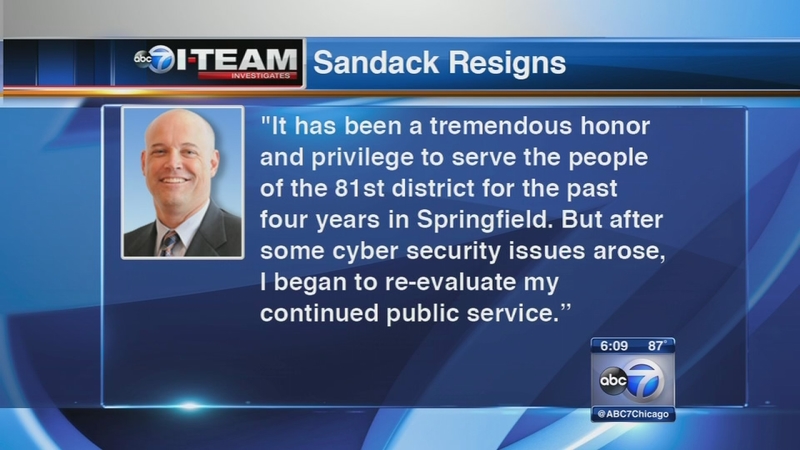 In a heavily blacked-out police report provided to the I-Team by Downers Grove police, Republican state Rep. Ronald L. Sandack made an allegation on July 14 of "an Internet scam." Ten days later Sandack announced he was resigning from his elected position, claiming he was suffering the effects of "cyber security issues."

Neither Sandack at the time he quit, nor the suburban police report obtained Tuesday afternoon, offer any clarity as to what actually happened-or why it was serious enough to warrant resignation. Sandack has not responded to our numerous requests for information. A person who answered the front door at his home today said that the ex-legislator was at work. He is a partner at a downtown Chicago law firm and has not been available there.

Sandack said in a cryptic statement on Sunday that he was forced to re-evaluate his "continued public service" due to the threat. The mostly-redacted police report does put the date of the "Internet scam" as July 7, a full week before Sandack actually reported whatever it was to police. There is no explanation why it took one week to report something serious enough to eventually cause his resignation. Oddly, Sandack was a voracious social media communicator until the cyber threat occurred-said to have been fake accounts set-up in his name (or his family members.) Currently, his Facebook and Twitter pages are down and there is no trace of whatever bogus accounts may have been established.