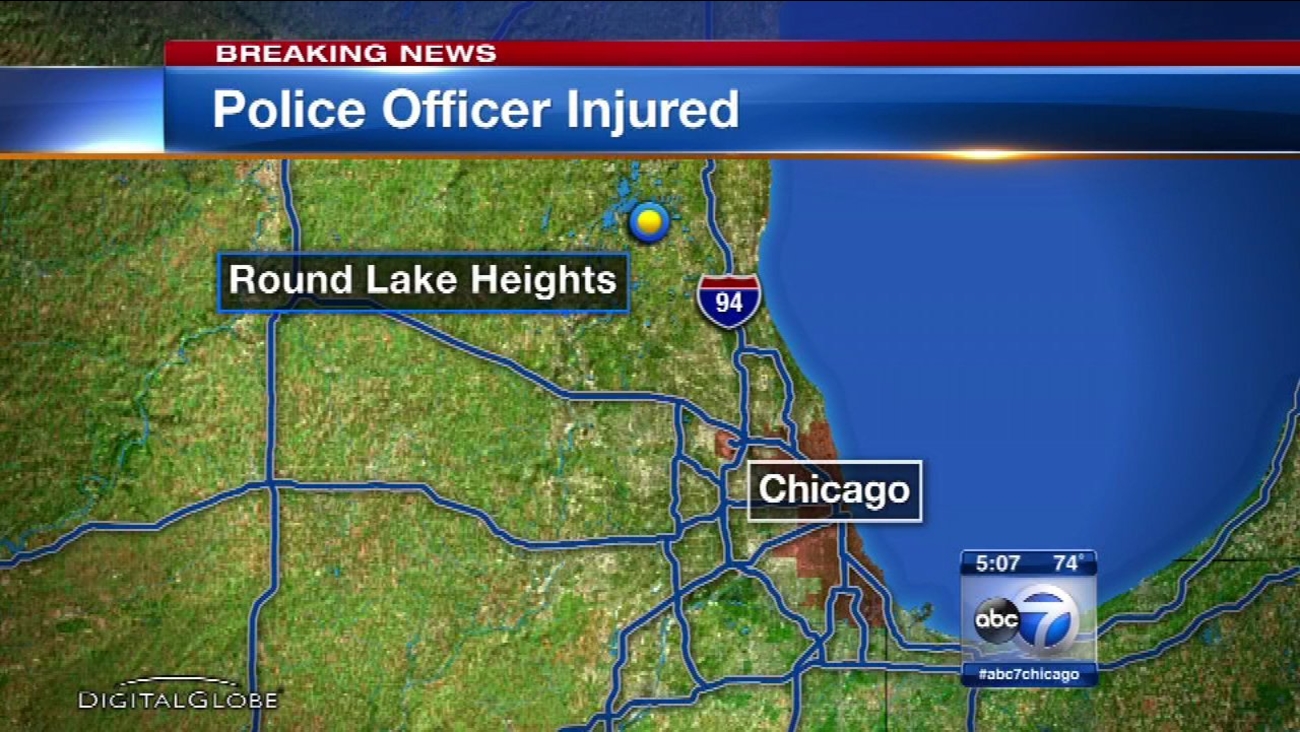 ROUND LAKE BEACH, Ill. (WLS) -- A man accused of shoplifting at a Walmart in suburban Round Lake Beach, who then injured a police officer with his vehicle as he escaped, is being sought Sunday night.

The officer sustained minor injuries after being dragged by the vehicle, said David Hare, police chief for Round Lake Beach.

The incident started Sunday afternoon at the Walmart at 2680 N. Route 83, police said.

The offender's vehicle was found soon after in nearby suburban Round Lake Heights at the offender's home. However, police were still searching into the evening for the man.

A large police presence was seen around the offender's home on Seneca Trail, where officials initially thought the offender was barricaded inside. That was not the case, the Round Lake Beach police chief said.

Hare said they will attempt to obtain a warrant Monday for the man.