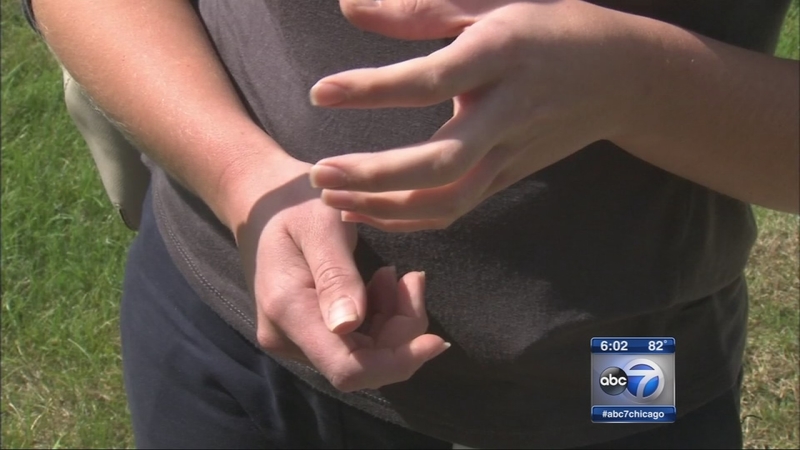 CHICAGO (WLS) -- A 25-year-old woman says she was attacked while running just before 6:00 a.m. on Saturday morning in River North while on her way to the Lakefront Path.

The woman was running along the 200 block of West Kinzie Street when a man came up behind her, grabbed her by the neck, threw her to the ground and began choking her.

"I thought I was safe. It's a route I usually take," said the woman.

It's the last thing this woman expected to happen to her. She was just three blocks from her home, in the heart of River North, as she went out for an early morning training run. The attacker first approached her near Franklin Street and Grand Avenue.

"He asked me in a flirtatious way what I was doing. I kind of shrugged in annoyance, and said, 'I'm going for a run,'" said the woman.

The 25-year-old headed south on Franklin Street. She had barely gone three blocks, turning east on Hubbard Street, when she saw him again.

"Out of the corner of my eye, he comes charging after me from behind. He grabs me by the neck, begins to choke me and strangle me to the ground," said the woman.

As she struggled on the ground, a Good Samaritan, Tom Cronin, walking along Kinzie Street saw what was happening. Cronin screamed and scared the attacker away.

"At first I wasn't sure if they were jogging together. But then he immediately, right in front of Gilt Bar, grabbed her by the head and neck area and threw her to the ground," said Cronin.
She is unharmed, but shaken by the experience. In training for her third marathon, this runner was doing thousands of other do every Saturday morning, heading out, towards the Lakefront Path, often while it's still dark.

Chicago Endurance Sports Coach Mike Norman says running safety is one the first things they talk about with the over 1,000 runners they coach every season.

"We're always preaching to our runners, if at all possible, run with a friend, especially if it's early in the morning or late at night," said Norman.

Fleet Feet Sports also advises runners to stay safe by: running with a friend, not wearing headphones while it's dark, switching up a regular route and letting others know where you're going. Runners are also advised to carry things like pepper spray or a flashlight with a built-in alarm.

As for that investigation, police say they are looking for a white male of medium height and build.

Police say they are also looking at surveillance video from businesses in the area.