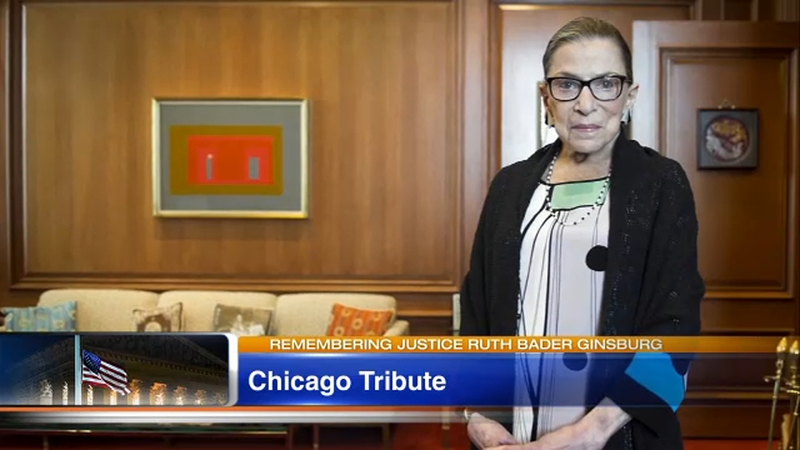 CHICAGO (WLS) -- Chicagoans came together Saturday night to honor the life and legacy of Justice Ruth Bader Ginsburg. The Supreme Court Justice passed away Friday at the age of 87 after a battle with pancreatic cancer.

Ginsburg might have been small in stature but she will be remembered as monumental in changing the trajectory of a nation.

Ginsburg was the court's second female justice. She was an impassioned powerhouse who gained "rock-star" status.

Franklin said while working for her, he got to know a more personal side of the judicial icon.

"A lot of people don't realize that because she has this image of the Notorious RBG and in fact, she's, she was very quiet. She was very reserved," Franklin said.

He said she was both reserved and unwavering.

It was that decisiveness and strength that empowered West Englewood native Vernita Cockrell to pursue her dreams of becoming a litigator.

"What I loved about her outside of things everybody else knows; I like the subtle things. Her appreciation for culture and femininity," Cockrell said.

As this notorious tireless advocate gets ready to be laid to rest, those honoring her Saturday say her crusade must continue.

"Everyone raise your hand in solidarity of Ruth, repeat after me, 'In the name of Ruth I will fight,'" Mayor Lightfoot said at the vigil.

Lightfoot also weighed in Saturday on the already heated debate over who will replace Ginsburg and when, calling out what she called the "hypocrisy" among Republican Party leaders. 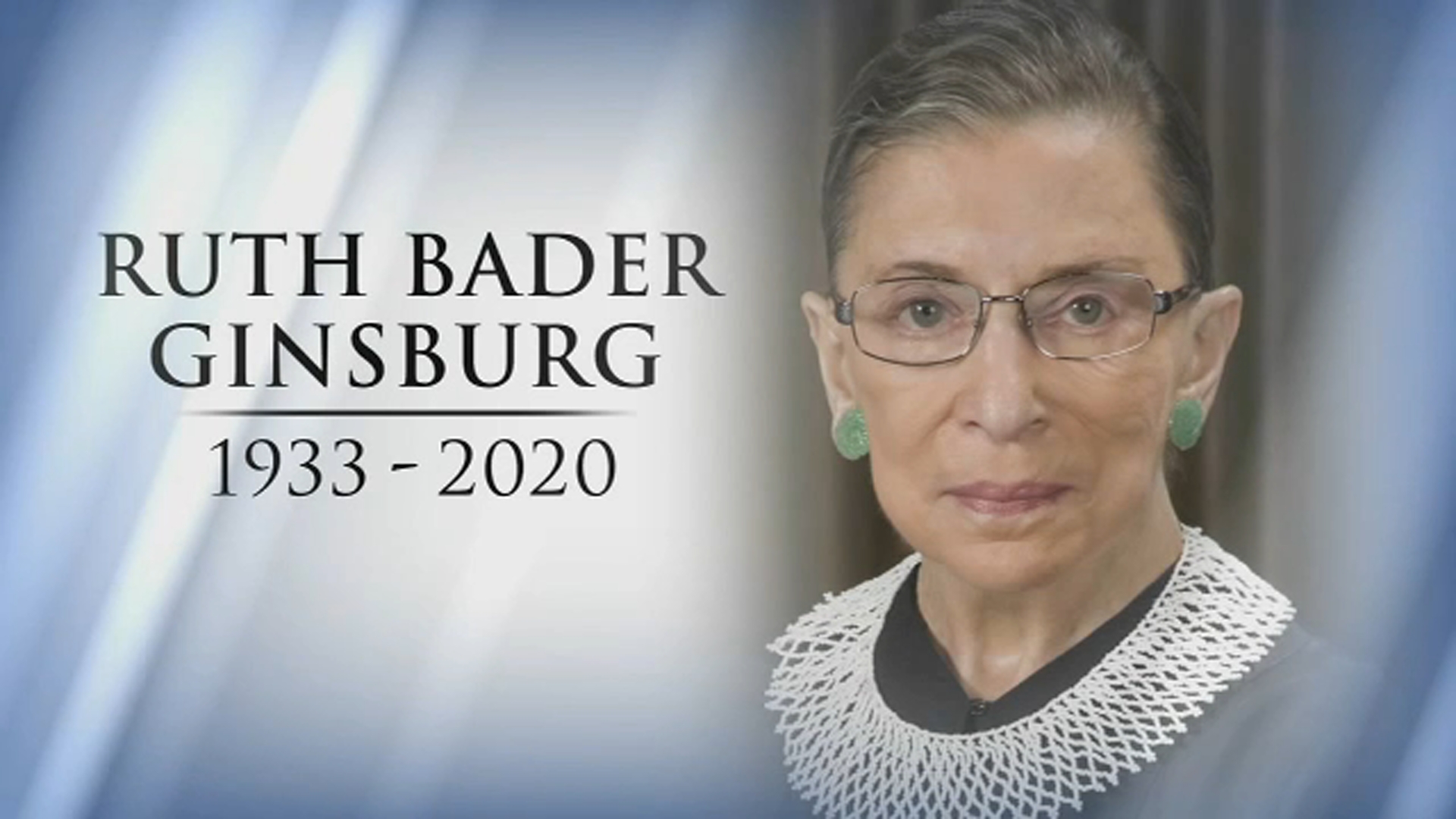