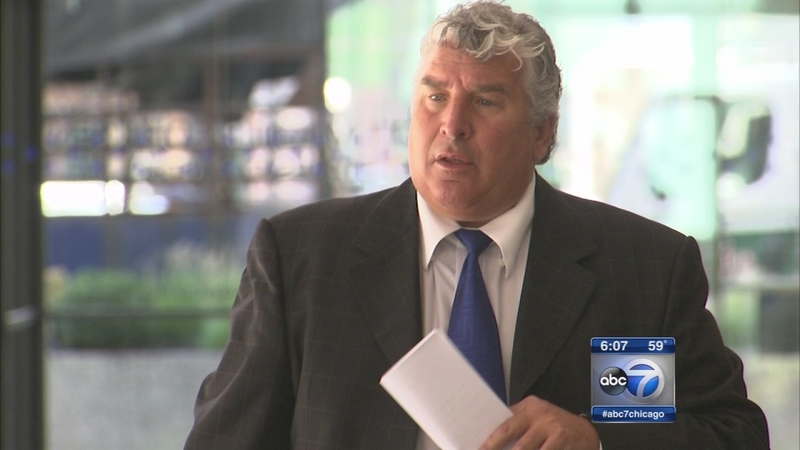 CHICAGO (WLS) -- How do you hide $3 million? Federal authorities say a ranking member of a Chicago mob family siphoned that much through an intricate scheme to avoid paying taxes.

Federal prosecutors are going after Salvatore "Sammy" Galioto the old fashioned way; the maneuver they used 80 years ago to take down Al Capone - tax evasion charges.

Authorities say Galioto tried to hide a $3 million consulting fee from a downtown condo deal. Galioto is part of a family that for 20 years has been into all sorts of deals - real estate, strip clubs, labor unions, health care and gambling.

"Where's the exit?" Galioto shouted to a courthouse deputy Thursday as he walked with urgency out of the Dirksen Federal Building.

The 54-year-old Kenilworth resident had just given up DNA and posted bail on these federal charges that he evaded U.S. income taxes by concealing $3 million in personal income.

Investigators say the scheme involved a Loop high-rise known as the Pittsfield Building; in 2007 Galioto received the handsome consulting for the sale of just nine floors. Instead of reporting the income, they say he filed false paperwork to cover it up and paid no taxes.

The beefy Galioto hails from a family with deep outfit connections.

He and his father - a one-time Chicago policeman - were first listed as mob associates on a Chicago crime commission list nearly 20 years ago.

Mobologists say the Galiotos were aligned with the late Tackets boss Sam "Wings" Carlisi, and that imprisoned mob boss Little Jimmy Marcello is related by marriage to the family.

Galioto and his father William were in the middle of a West Side movie studio groundbreaking in 1995 that was torpedoed once the family's history surfaced. After initially backing the deal, once the family's mob ties were made known, the administration of then-Mayor Richard M. Daley stumbled through damage control.

A few years later in Missouri, Galioto was indicted for Medicare fraud, money laundering and conspiracy. He pleaded guilty and was sentenced to 10 months in prison.

On Thursday after court, neither Galioto nor his attorney would discuss the latest criminal charges.

While it may seem unusual that Galioto was made to give up DNA in tax evasion case, federal prosecutors and Galioto's attorney say it is normal even in white collar cases.

His lawyer Cindy Giacchetti says nothing should be read into that as significant.

If convicted of all counts, Galioto faces 12 years in jail and a $1million fine.