Rauner lashes out at rival Sam McCann as election nears 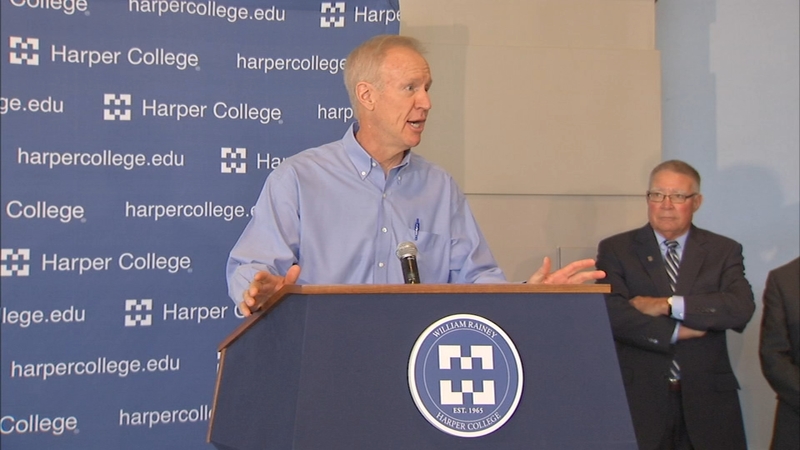 Bruce Rauner lashes out at opponents as election nears

"Every election is a battle, this guy McCann is a total plant, he's a sham, he's a charlatan, he was put on there by Madigan and Pritzker to try siphon votes away from me," Rauner said.

Rauner is considered perhaps the most vulnerable incumbent governor in the United States.

McCann, who is backed by a Madigan-affiliated union, fired back at Rauner Monday.

"There is only one 'sham' candidate in the race for governor, and that is Rauner himself. He is a charlatan. He has bought the Republican Party and hijacked state government," McCann said. "His four years of lies and failure are the only proof needed to back up the statement."

No official polls have been released for the governor's race, but anecdotal reports suggest that Rauner trails Pritzker in the polls, potentially by double digits.

Some Democratic observers said Rauner's attacks are a sign of nerves.

"When you see an incumbent governor three months before an election kind of lashing out, kind of spraying his fire at all kinds of different people, it sort of shows a level of desperation," said Democratic strategist Eric Adelstein.

The Rauner campaign responded by saying this is a close race and Rauner is committed to fighting for all the people of Illinois on all matters.