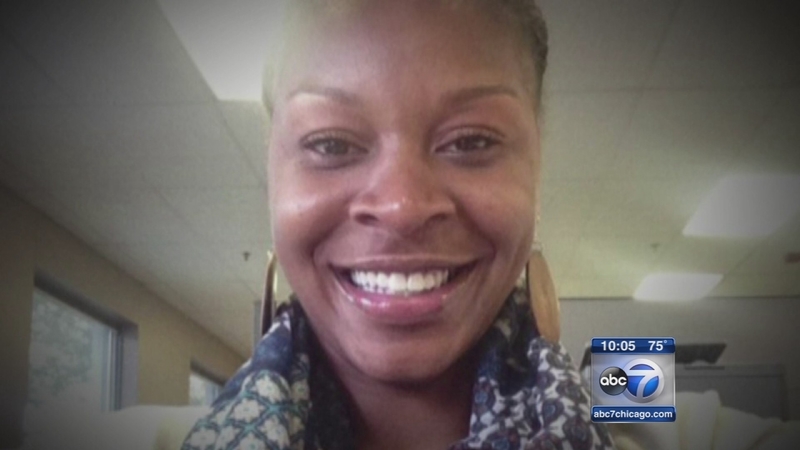 CHICAGO (WLS) -- Sandra Bland was emotional and often crying during her three days in jail, an inmate held in the adjacent cell said. Alexandria Pyle said she did not hear any commotion to indicate foul play in Bland's death. 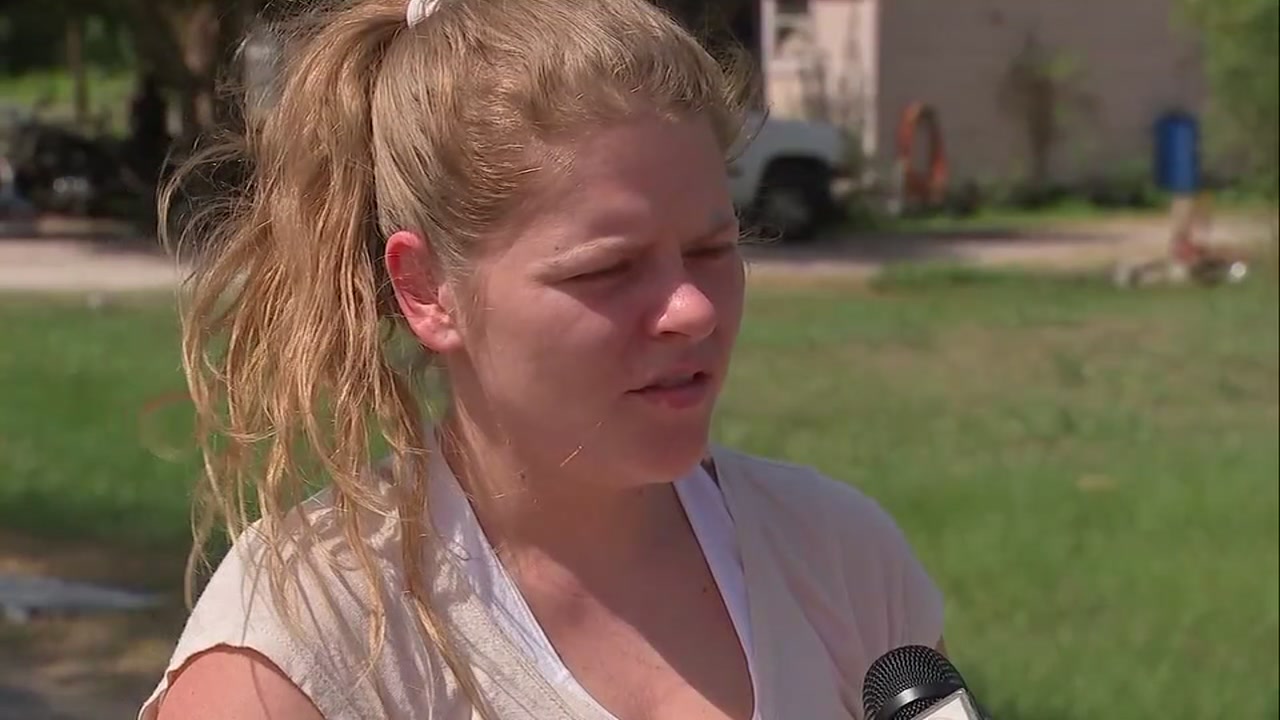 VIDEO: Raw interview with Sandra Bland's co-inmate
We're hearing about Sandra Bland's final moments from inside the jail directly from a woman who was in a cell right next to her.

Bland was found hanging in a Waller County Jail cell three days after she was arrested during a routine traffic stop.

The medical examiner ruled Bland's death a suicide, but her family doesn't believe she would end her life.

Pyle, who was in a nearby cell, said Bland was upset that her friend hadn't come to bail her out. The two spoke through a tiny chute, she said.

"Because she was crying, and I could barely understand her, I was like, 'It will be OK. It's OK. Don't cry. You can't be in here forever," Pyle said. "She was like, 'I'm not equipped for this kind of life. I don't need to be here, I don't deserve to be here, I didn't do anything it's all messed up.'"

Pyle said Bland was "sort of distraught" and upset that her friend didn't bail her out. Pyle believes Bland committed suicide because there was no sound of a struggle. Video from the jail only shows the aftermath of when guards found Bland's body.

"I don't think the guards did anything. I mean it's a tragedy either way," Pyle said.

Pyle says she wishes they had placed Bland in the cell with her and two other women.

"I don't think she should have been in the other tank alone by herself," Pyle said. "We're over here, we're trying to keep each other laughing all the time, and she's over there hearing that. That would make anybody sad."

Authorities in Texas defended the preliminary results found during their autopsy at a Thursday afternoon news conference.

"The cause of death is hanging, manner of death is suicide," Warren Diepraam, First Assistant District Attorney, Waller County said. Diepraam outlined the autopsy's findings and then showed graphic photos of Bland's body and the plastic bag, shaped like a noose, found around her neck.

The 28-year-old Bland also had about 30 small cuts on her wrist that were probably self-inflicted within the last few weeks, Diepraam said.

Diepraam said officials released the information because they want to be "open with the public."

Bland's family is awaiting results of a second, independent autopsy as they prepare for her funeral on Saturday.

"I'm frustrated. I will be honest with you, we thought that in bringing Sandy home from Texas, that that would begin to give us a little closure, in terms of getting closer to her homegoing services, getting ready to put her to rest peacefully," Sharon Cooper said. 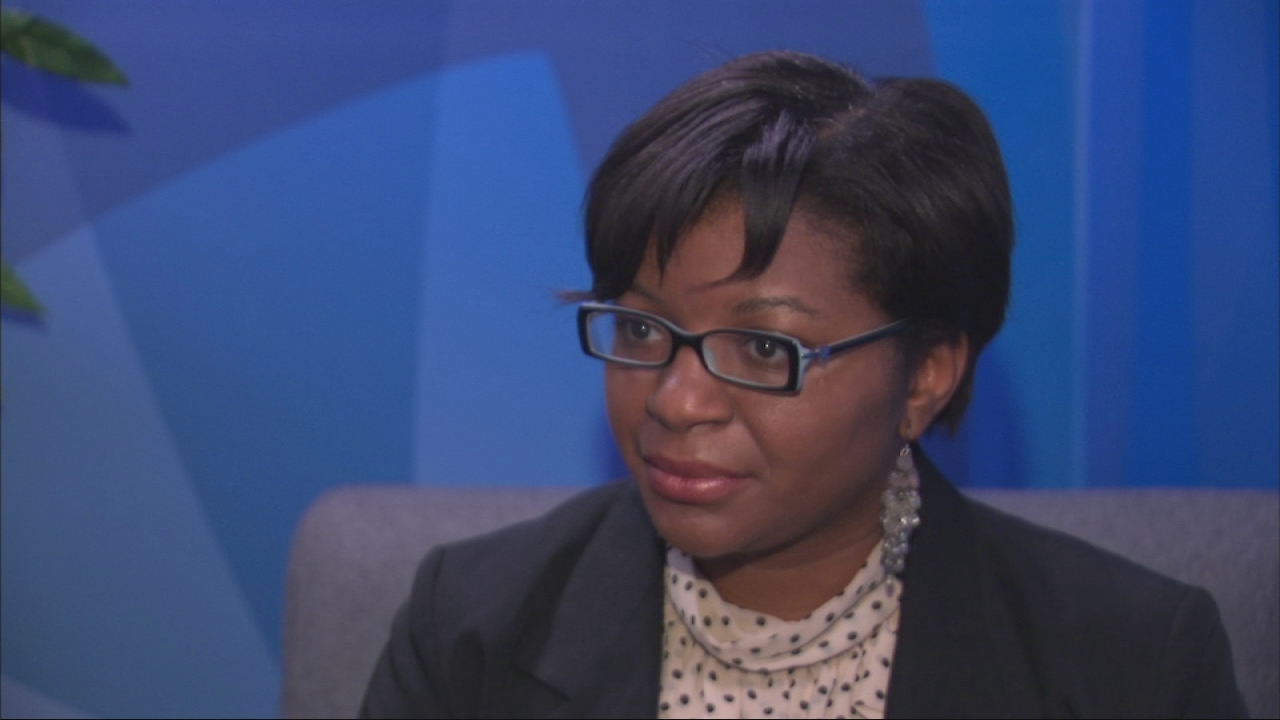 On Wednesday, the Waller County district attorney released six pages of medical forms Bland filled out after her arrest. In them, Bland checked "no" when asked the question "Are you thinking about killing yourself today?"

"She was down about it, yes. But I have to tell you, that was a year ago. And she made her peace with it and got past it," Cooper said.

Jail-intake documents also contained other inconsistencies. For example, one questionnaire said Bland took pills in 2015 in an attempt to kill herself after losing a baby, but a separate form filled out by another jail employee said the suicide attempt occurred in 2014.

Authorities said any contradictions in the jail documents were the result of Bland's inconsistent answers to jailers' questions.

As for Bland's Facebook posts about depression and PSTD, she "was never clinically diagnosed with that," Cooper said.

"As far as the dash-cam video goes, she didn't look to be high off of marijuana. She looked to be of a clear state of mind."

Cooper also questions an autopsy results that Bland had a significant amount of marijuana in her system.

"What I'm trying to understand, is at the time of booking, would that not be discovered? That she had access to that?" Cooper said. "As far as the dash-cam video goes, she didn't look to be high off of marijuana. She looked to be of a clear state of mind."

Dashcam video shows the heated exchange between a state trooper and Bland after he stopped her for failing to signal a lane change. Her family believes that encounter, not depression, led to Bland's death.

That officer was assigned to administrative duties for the duration of the investigation.

Waller County has a history of racial intolerance, about which District Attorney Elton Mathis spoke. He said there is a "more progressive" generation in control of the county leadership.