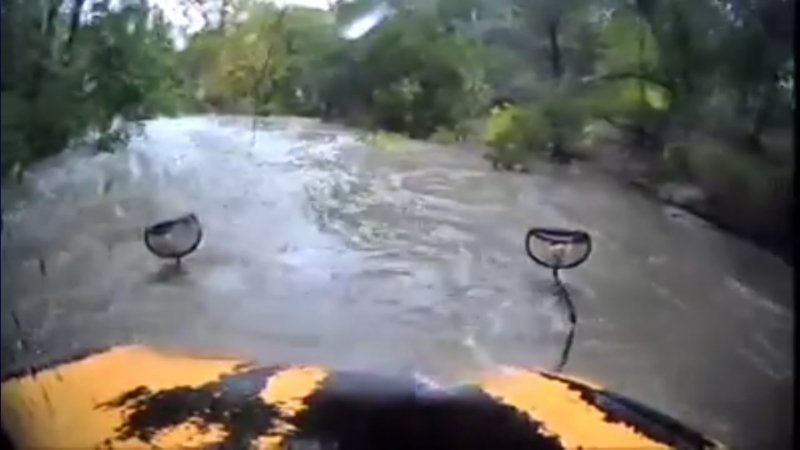 LEANDER, Texas -- A school bus driver in Leander, Texas was arrested after police said he ignored a posted warning sign and drove his bus into swift-moving floodwaters.

Dashcam video inside that bus captured the moments the driver approached the flooded area on October 16.

The driver tried to cross rushing floodwaters and eventually lost control of the vehicle. The school bus was swept away, but some trees stopped the floating bus.

Leander Police ended up rescuing the driver and one student from inside the bus. No one was injured.

The student's mother said her son had called her in hysterics, afraid he was going to die.

The driver was fired from his job and now faces multiple charges.