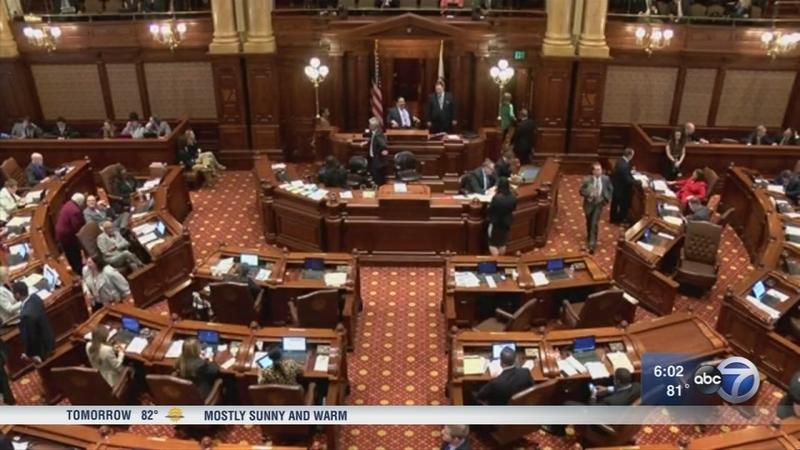 SPRINGFIELD, Ill. (WLS) -- The Illinois Attorney General is being asked to weigh in on the school funding fight in the state, and the outcome could delay the new school funding model from being implemented until next year.

It all stems from a letter sent by Republican leaders in the House and Senate to the Attorney General that raises constitutional questions about when Senate Bill 1 (SB-1) is legally considered to have passed. The technical issue could have major consequences for schools.

When the Senate used parliamentary hold to delay sending the education funding bill to the governor, Senate President John Cullerton said it was to give the governor time to cool down. But now Republicans are saying that the delay may jeopardize school funding this year.

Republican Senate Leader Bill Brady and House Leader Jim Durkin sent a letter to Attorney General Lisa Madigan raising concerns it may be unconstitutional for SB-1 to go into effect this fall if there is an override of the governor's veto.

If so, they contend schools could only get their money this August if lawmakers approve the governor's veto by a 3/5ths vote.

All this comes as the Senate is preparing to return to Springfield Saturday to take up the override vote. Mayor Emanuel remained confident.

"So the legislatures will do what they have done in the past, work around the governor because they know the kids in the state of Illinois, just like the kids in Chicago, are our future and we need to invest in that future," Emanuel said.

But lawmakers may have to wait for a complete analysis of how much money schools will actually get under the governor's amendatory veto. Last night, before a mistake was discovered in the calculations, those figures were sent to the governor.

"The very, very early preliminary comments I heard last night were consistent with what I've always believed, all districts do at least, at least as well, low income districts do dramatically better, and nobody gets worse," Governor Bruce Rauner said at an event Tuesday.