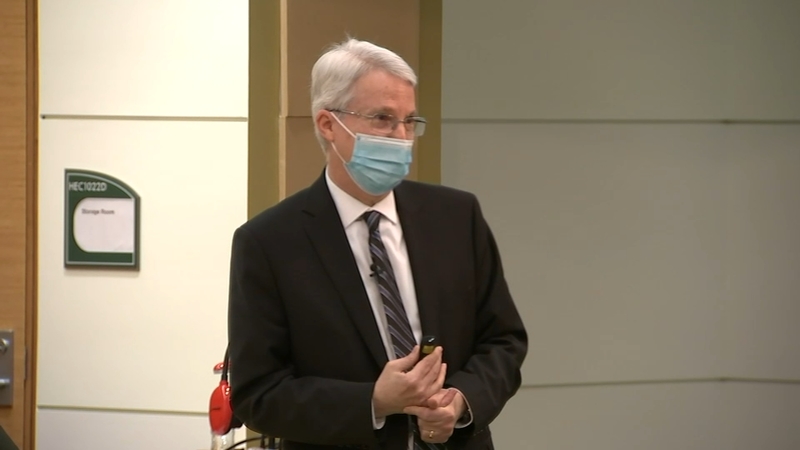 DUPAGE COUNTY, Ill. (WLS) -- After a deadly year in schools across the country, the federal government, local law enforcement and educators are working together to curb violence in schools.

A little more than a month ago, there was terror at a school in Michigan when a 15-year-old opened fire, killing four students and injuring seven others. Prosecutors say the warning signs were everywhere: the boy was obsessed with guns and Nazi propaganda, among other things. School officials were aware of it and tried to intervene, but were unable to stop the rampage.

Peter Langman has written three books about how to prevent school shootings, and he's sharing his knowledge with educators and law enforcement in DuPage County.

"In so many cases, there have been warning signs that people saw and did not take seriously, did not report to school staff," Langman said.

According to a study last year, there was a tremendous increase in the number of times where students brought guns to school. Educators say it likely has to do with alienation and fear caused by the pandemic. Many are alarmed.

"They're reaching out. They're lashing out. Maybe this is a way to get back at their frustration," said Darlene Ruscitti, DuPage County education superintendent.

School shootings involving students have claimed dozens of lives around the country over the last four decades. They are known by the towns where they happened, ranging from Columbine to Parkland to Sandy Hook. In Illinois, the campus at Northern Illinois University was the scene of a mass shooting that killed six in 2008.

"What we're really trying to do is anticipate, and that's through seeing any of the predictive behaviors we need to get involved in in terms of an intervention, but also there's a law enforcement response," said John McIver, Aurora University.

Experts say it's not a matter of if, but when, it will happen again. And they say the key to keeping it from happening here is to get staff, parents and law enforcement working together to identify at-risk students through social media or other communication before it's too late.

"What we're focused on is being able to identify a perpetrator, before they actually become a perpetrator themselves," said Carter Larry, a law enforcement analyst.