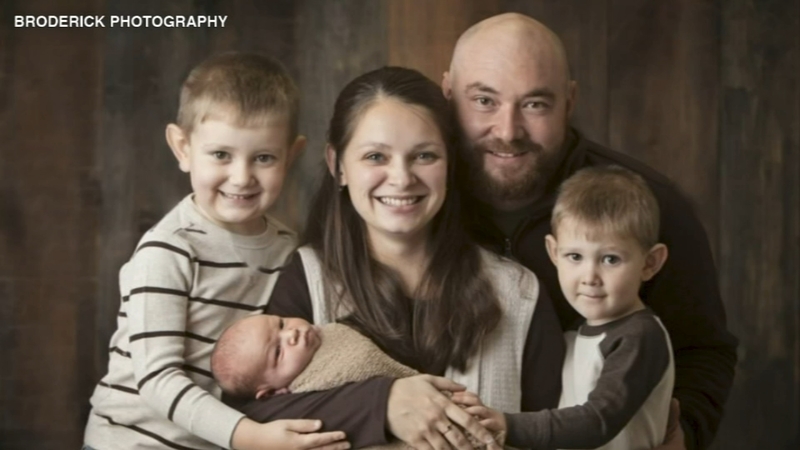 WILL COUNTY, Ill. (WLS) -- The community of Beecher, Illinois was shaken when a young pregnant mother and her three young children were killed in a horrible crash in 2017.

Now five years later, there is still no resolution in the legal case. A jury was unable to reach a consensus on a verdict, so a mistrial was declared Wednesday in the trial of Sean Woulfe, 30, of Orland Park.

Woulfe was charged with multiple counts of reckless homicide in connection with the August 2017 crash on a quiet road in Beecher that killed 29-year-old Lindsey Schmidt, her unborn child and her three sons, ages 1, 4, and 7. They were headed to vacation bible school when their Subaru Outback was struck by Woulfe, who was in a pickup he was allegedly driving more than 80 miles per hour.

The defense argued Woulfe was neither drunk nor distracted, and was unfamiliar with the area and in fact thought it was Schmidt who had the stop sign.

A Will County jury deliberated for a third day before telling the judge shortly after noon that it was deadlocked 11 to 1, with the lone juror declining to convict.

Both the Will County State's Attorney's office and defense attorneys declined to comment, citing a gag order imposed by the judge.

The Schmidt's family pastor was among those who attended the trial.

"There aren't really words that fit the emotions," said Pastor Frank Italiano of Trinity Lutheran Church. "Disappointed does not cover it. Devastated is probably the closest that I can think of."

"Reckless homicide can be a little tricky because a good defense lawyer will explain that it means something more than negligence, and so even if the outcome was horrible - and it was - that doesn't necessarily mean it's reckless," explained ABC7 legal analyst Gil Soffer. "You have to go a step further and show there was conscious disregard for the safety of others."

"We knew this was a possibility, especially the longer the jury took, but it's just going to take a while to heal from this," said Pastor Italiano.

At this point, it's unclear if prosecutors will retry Woulfe, but a status hearing has been set for May.