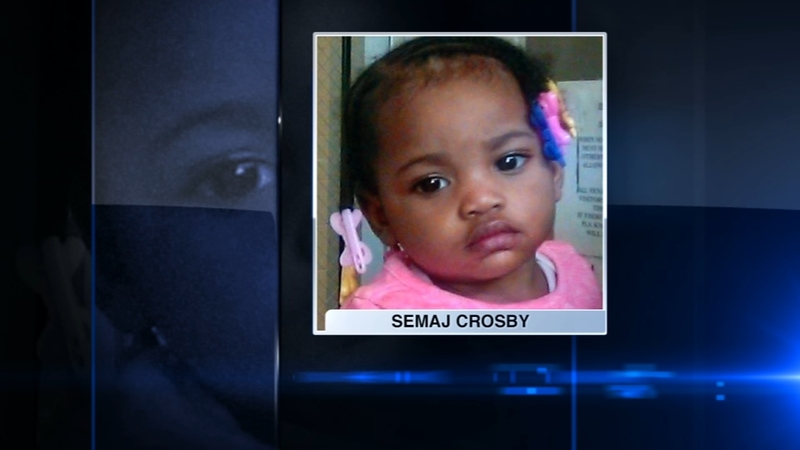 JOLIET TOWNSHIP, Ill. (WLS) -- The father of deceased toddler Semaj Crosby is suing the child's mother and a contractor for the Department of Children and Family Services, saying that their negligence led to the toddler's death.

On April 27, 2017, the 16-month-old child was discovered dead in the family's Joliet Township home not even two days after she was reported missing. Police say the baby was probably already dead and placed underneath a heavy couch that was low to the floor when the frantic search for her began.

No one has been charged in the child's death.

The lawsuit filed by James Crosby claims that the toddler's mom placed her body under the couch in the family's home and that Children's Home and Aid failed to report unsanitary conditions in the home.

As a result of Semaj's death, there have been policy changes at the Department of Children and Family Services after criticism for how it handled numerous allegations of abuse and neglect of children in the home.