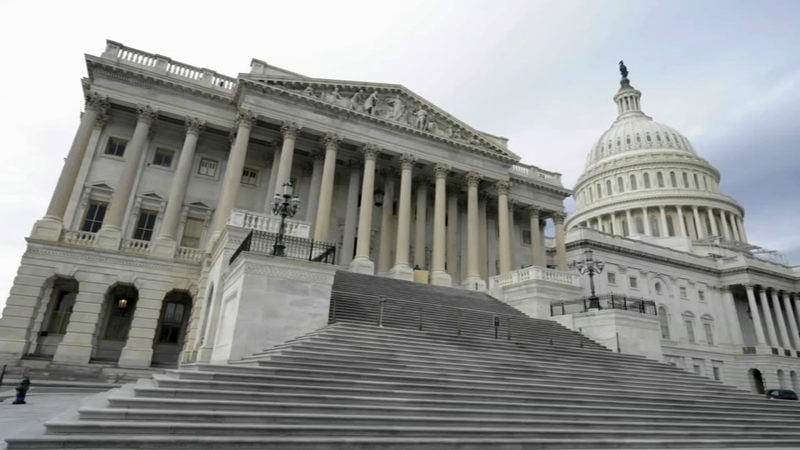 Durbin: Senate gun deal a 'step in the right direction'

WASHINGTON (WLS) -- A bipartisan group of senators has reached an agreement on gun reform.

The plan, backed by 20 senators, would:

-Strengthen background checks, allowing juvenile records to be screened for gun-buyers under 21;

"It takes ten Republicans if all of the Democratic senators support this measure and tomorrow, if we fail to move forward on this bipartisan proposal, we will still be in mortal danger in this nation from gun violence," Senator Dick Durbin said. "This at least is a step in the right direction."

It comes weeks after the Uvalde and Buffalo mass shootings.

"This is the first time in many years that both sides of the aisle have been willing to come to the table and come to some agreements about gun control.
I think there is a willingness to move something forward.

President Biden said the proposal, "reflects important first steps," though it falls short of the all-out assault-weapons ban he favors.