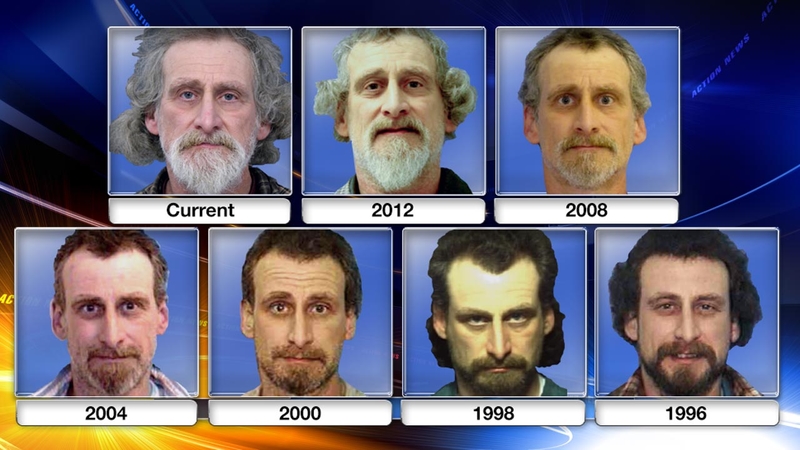 MORRISVILLE, Pa. -- Police say they have arrested a suspected child rapist in Bucks County, and there are fears more victims may still be out there.

One detective said that the human race hasn't invented words yet to describe what they found in the trailer of 57-year-old William Charles Thomas.

He lives in the Midway Village Trailer Park in Morrisville, Pa. Investigators released multiple photos of him dating back almost a decade in hopes of helping victims identify him.

Police say Thomas is an independent contractor who is charged with the sexual assault of as many as six children, including a relative, over the last 40 years.

The victims range in age from two to 10 years old.

Investigators say Thomas was a handyman at the trailer park where he lives. After working in one of the trailers, the new owner discovered a piece of plywood with intimate, hand-written details about the sexual assault of two children, ages three and 6 1/2. That discovery led to the investigation.

"And these pairs of underwear were displayed almost throughout his mobile trailer home," said Weintraub.

"This was a perverse shrine to his criminal conquests, and we are merely scratching the surface of those conquests today," Weintraub continued. "To be blunt about it, this is a real life boogeyman."

"Try to come up with your worst scenario and times that by 10, and you'll get close to what we saw. It was horrific," said Lt. Henry Ward of the Falls Twp. Police Department.

Investigators say Thomas was a "monumental" trophy collector, and there fear is there may be more victims.

Police want anyone who may have hired him, operating under the business name of Thomas Construction, to contact the D.A.'s office or Falls Twp. police.

The fear is he would steal young girl's underwear while working in other people's homes.

Several neighbors of William Thomas say the handyman was a nice guy who kept to himself and are stunned by his arrest.

"He acted funny he wouldn't let nobody in his trailer or anything," said Jessica Chobert. "I'm shocked, still in shock."

"I would never have guessed it of him, he was very helpful. He would fix stuff around my house and stuff. I had no clue he was a child molester," said Jim Errico.

"He was too nice of a guy and everything, or so I thought all these years. You know, I mean, I'm looking at a monster," said Jay Sofronsky.

Thomas could face life in prison.