Richard Pfeiffer, coordinator of Chicago Pride Parade since 1974, dies at 70 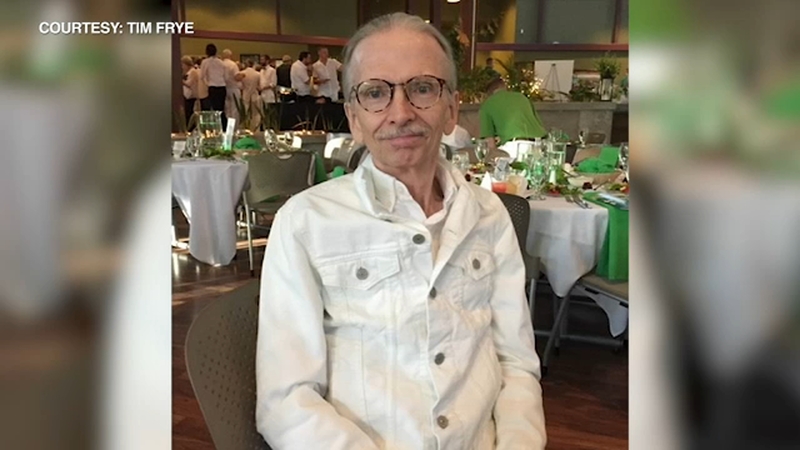 Richard Pfeiffer, coordinator of Chicago Pride Parade since 1974, dies at 70

CHICAGO (WLS) -- A Chicago gay rights leader, who coordinated the city's Pride Parade for 45 years, has died. He was 70.

Richard William Pfeiffer died Sunday, according to Tim Frye, his husband of 48 years. Frye shared the news with GoPride.com.

Pfeiffer served as coordinator of the annual Chicago Pride Parade since 1974, and he was also a member of the city's Gay and Lesbian Hall of Fame.

The parade not only changed Pfeiffer's life, it also changed Frye's life.

Frye said not long after coming out, he met Pfeiffer in 1971.

"As you met back then, we met in a bar, Frye said. "I'm standing there and he says 'do you wanna dance?'"

With Frye by his side, Pfeiffer became a fixture of the front lines of the struggle for LGBTQ+ rights.

Pfeiffer served as a member of the mayor's Advisory Council on gay and lesbian issues from 1985 to 1994. He served on the council under three different mayors.

While Pfeiffer was involved in countless advocacy groups, his passion was the Chicago Pride Parade. He transformed it into a world class event, while staying true to his vision.

"That's really what it's all about, is to make you comfortable with your life and to see that you're not alone," Frye explained.

Tracy Baim, the publisher of the Chicago Reader, said it's rare to see someone keep the same vision for an event for so many years.

"That is so unusual to have somebody associated with an event like that, that grew from a couple hundred people to a million people and it's the same person that's keeping that vision going," Baim said.

Baim met Pfeiffer in 1984, while covering the LGBTQ community for the Windy City Times.

Many leaders in Chicago are also remembering Pfeiffer's legacy.

In a statement regarding his passing, Illinois Representative Mike Quigley called Peiffer "an icon of Chicago's LGBT movement and one of the Chicago Pride Parade's most fervent leaders."

"While I was deeply saddened to learn of Richard's passing, I am confident that the many organizations that Richard helped lead and grow will continue his incredible legacy," Quigley said.

Frye said he will assume coordinator duties for next year's parade, and wants it to be a tribute to Pfeiffer's legacy.

"Life with Richard was an adventure, he is the love of my life and I wouldn't take anything back, ever," Frye said.