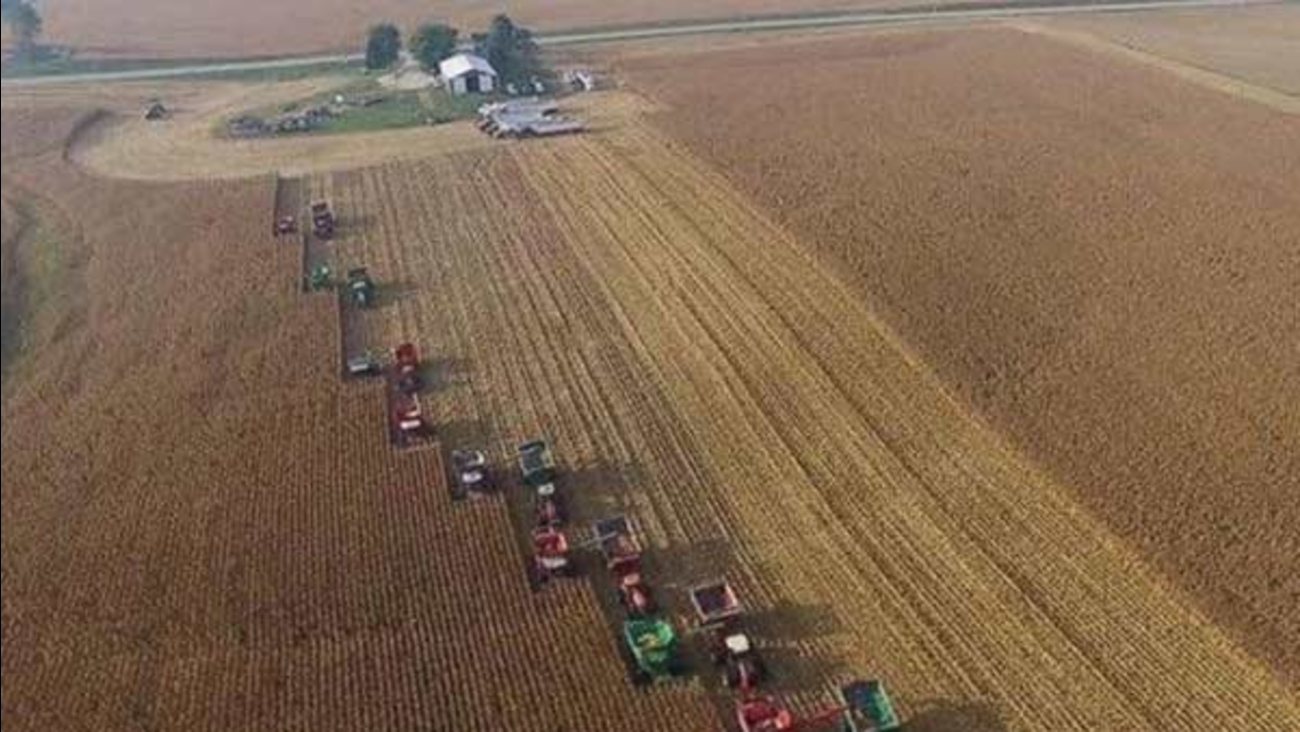 When a small community in Illinois learned of a local farmer's terminal cancer diagnosis, they pulled together and harvested all of his 450 acres of corn in one day. (Rumbold & Kuhn, Inc.)

GALVA, Ill. -- When a small community in Illinois learned of a local farmer's terminal cancer diagnosis, they pulled together the way they usually do and harvested all of his 450 acres of corn in one day, ABC News reports.

Carl Bates, 55, of Galva, Illinois, has a "fast, aggressive cancer," according to his younger brother Ernie Bates, that is affecting many parts of his body, including his kidney and spinal column, according to his family.

While he was resting at home in hospice care, choosing not to undergo treatment, his family said, the community decided to come together to complete the harvest in a day for what should have taken about a week.

Carl's cousin, Dan, first had the idea to get the community together to help out the ailing farmer. From there, about 40 people donated trucks and labor to harvest 450 acres in 10 hours. It's typical to harvest 80 acres a day, he said.

Melissa Bates, Dan Bates' daughter-in-law and Carl's first cousin once removed, said the family has been surprised by the national attention on the community pulling together.

"It's not a new thing. Farmers have been pulling together like this forever, when someone is ill or has an accident, just in our daily life," she said. "It wasn't like it was a big deal to organize it. People are just like, 'Oh yeah I'll come and donate a day.' It wasn't even thought about. We just come together and do it. Even people who were not very close to their family wanted to be involved. I think if they are in the same situation, you can't do it by yourself."