The daylong commemoration of King began at 3 p.m. at the Lorraine Motel in Memphis, where King was assassinated. The motel was turned in the National Civil Rights Museum.

A lineup of speakers and singers paid tribute to King, beginning with a stirring rock 'n' roll rendition of the national anthem from singer Sheila E.

Jackson was surrounded by his family as he stood on the same balcony where he witnessed King, his friend, be assassinated.

Family members of Memphis sanitation workers who were killed - which sparked the Memphis Sanitation Strike that brought King into town - reenacted the deaths of their loved ones during the commemoration service.

"Martin Luther King stood up to hoses and dogs, bullies and bullets, and yet never compromised his commitment to non-violence, teaching us that love, love is the most powerful weapon in the pursuit of truth and justice," Pfleger said.

Former President Barack Obama appeared on video, and reflected on King's impact on his own dream.

A group of students walked from Mississippi to Memphis, a journey of 50 miles for every year since his death. They said the walk gave them purpose and pride.

Acolytes of King hoped this moment of remembrance would stir Americans to consider change.

"We have allowed the dream to go stagnant. The dream has actually fallen asleep. It's time for us to wake up the dream," said Donnell Jefferson.

"As a middle-aged white guy, it's sad and true that we, as Christians, have allowed good news to become bad news, which excludes. Good news includes," said Rev. Jay Hogewood.

Among the unionists, organizers and families in attendance were Chicagoans.

Chicagoan and Pulitzer Prize-winning photographer John H. White was scheduled for a photoshoot with King in North Carolina, but got called to Memphis at the last minute. White said he keeps the dream alive by capturing the essence of the life of a dreamer through his lens.

"Every day I use this camera as a visual servant for the new generation, creating life and sharing it," White said.

"When Dr. King marched to Marquette Park, and our family used to go to Marquette Park, I remember seeing him get hit by a rock, seeing it in the media, and not being able to understand, as a child, what all the hate was about," said Sister Mary Lou Specha.

Leaders from America's political left, like Senator Bernie Sanders (I-Vermont) pounded what they said was King's seminal meaning: that he died to bring the downtrodden rights, and voting honors him and democracy.

"The legacy of Dr. King is not that just remembering him. The legacy, for us, is to follow in his footsteps and to transform this country," Sanders said.

"The statistics regarding what we can do for people, in regards to people who are not registered, especially young folks, it's just something we've gotta get a hand on," said Rashida Rigamaidan.
EMBED More News Videos

Church bells across the United States tolled 39 times - one for each year of his life - at 6:01 p.m., the exact moment Martin Luther King, Jr., was assassinated in 1968.

King would be 89 if he were still alive, and many people said he would be pleased by the amount of progress that has been made in terms of justice, but would be careful to say there is a long road ahead.

IN CHICAGO, THOSE WHO KNEW KING AND THOSE WHO DID NOT HONOR HIS LEGACY
EMBED More News Videos

In Chicago, those who knew Martin Luther King, Jr., personally as well as those who were simply impacted by his work remembered him on the 50th anniversary of his death.

Timuel Black, who King called Brother Black, was instrumental in bringing the civil rights leader to Chicago for his first major speech in April 1956. He spoke at Rockefeller Memorial Chapel in Hyde Park.

"From this neighborhood there have been many people who were opposed to segregation if any kind," Black said.

The speech happened just several months after the start of the Montgomery Bus Boycott. Black said the then-27-year-old preacher mesmerized the crowd.

"It was fantastic, they got up and clapped, shouted like they were Baptist. It was just a phenomenal thing, and they were just so honored to have him," Black recalled.

Some Chicagoans recalled where they were when they found out about King's assassination. Claudia Swanson was in her early 20s, living in the city.

"Driving home for work at that time, around 5 o'clock in the evening, that's when I heard it on my car radio. And I don't think I felt-- I don't know how I got home after hearing that," she said.

"It was very devastating and the West Side just lit up," recalled Wanda Dunn of the rioting that followed in Chicago.

"I think a lot of the history has been lost and our young people, if they knew the background of our history, I think they would do a whole lot better than they're doing now," Dunn added.

But King's dream didn't die that day. His words and actions remain a source of inspiration for many.

"I am reminded of everything he did, from marching to speaking out on behalf of people who didn't really have a voice for themselves, and hopefully when my career begins to take off I can do the same," said Chad Courtney, University of Chicago graduate student.

"I think part of my own initiative is to bring diversity in the classroom in a real way," said Nellie Conboy, University of Chicago graduate student.

For Black, King's legacy is built upon his treatment of others. 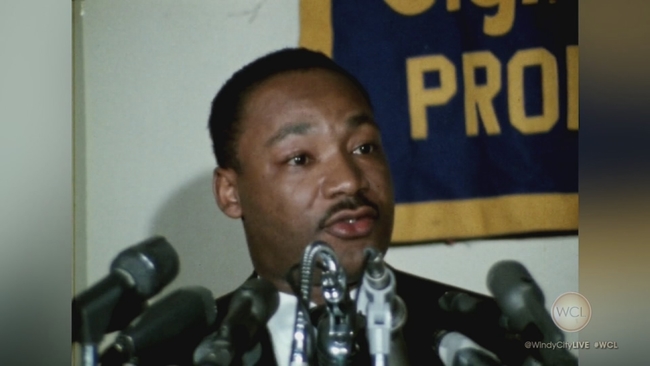 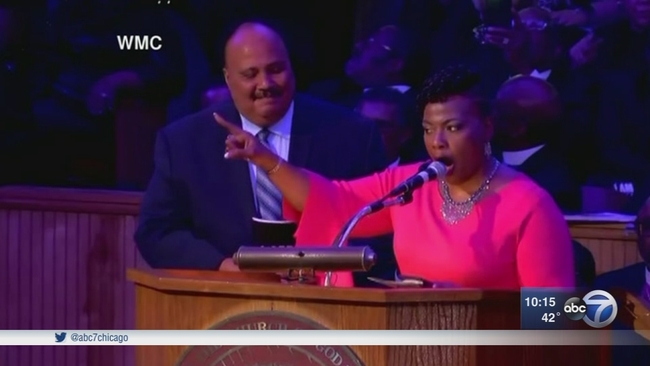 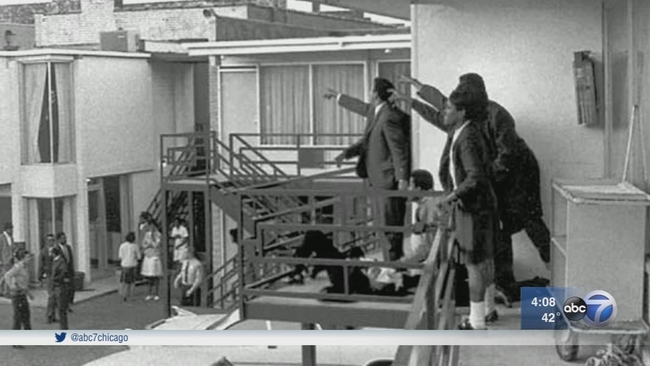 Visitors remember MLK at Lorraine Motel, site of his assassination 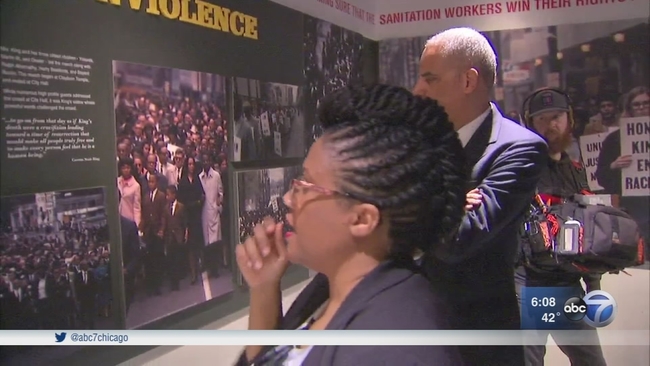