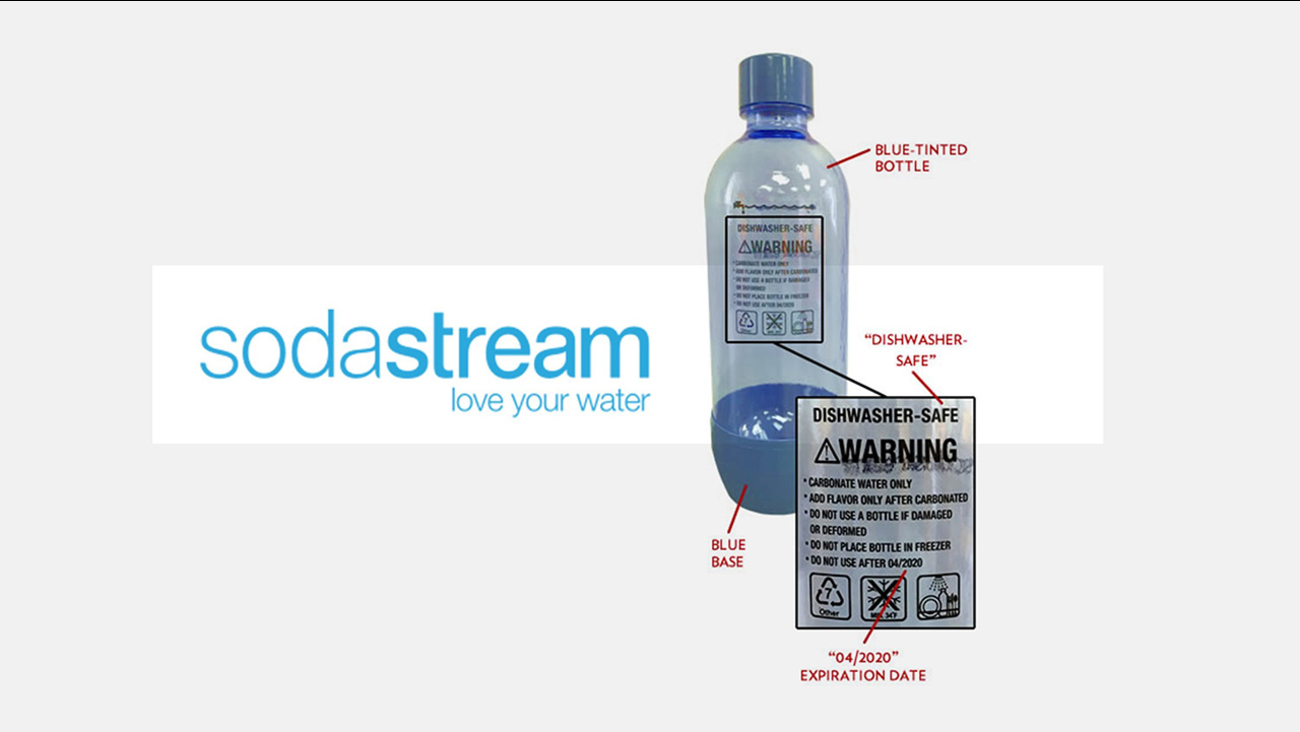 SodaStream is recalling tens of thousands of bottles because they could explode.

The company is recalling 51,000 of its carbonating bottles in the United States and 7,600 sold in Canada because of the risk that they could burst under pressure, SodaStream and American regulators said.

There have been no reports of actual explosions, the company said.

The recall applies to bottles that are deemed dishwasher safe and have an expiration date of April 2020.

The Israeli company behind the do-it-yourself seltzer and soda maker blames the problem on a "manufacturing defect" and is offering a refund. In a statement, SodaStream pointed out that the recall applies to a small fraction of the 13 million bottles it produced last year.

The company was plagued in years past by political controversy in its home country, and a shift in consumer tastes away from soda has presented a challenge.

But SodaStream enjoyed a resurgence last year as it shifted its focus from soda to sparkling water. The company is also branching into a do-it-yourself beer machine.

SodaStream stock has surged 200 percent over the last year.