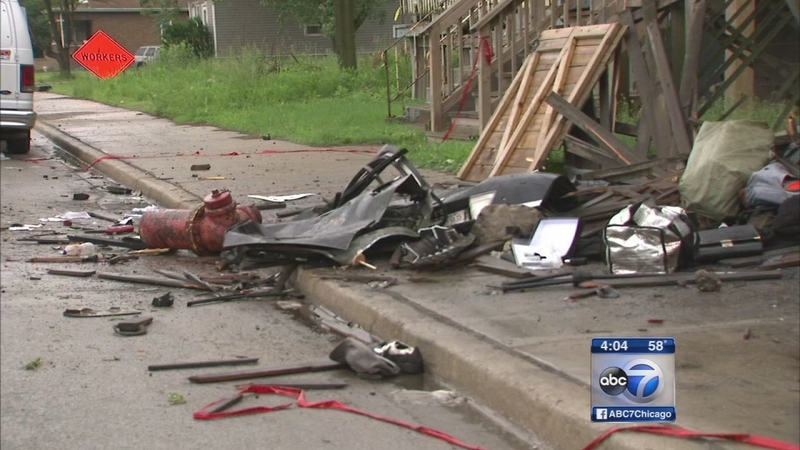 CHICAGO (WLS) -- A 19-year-old driver was killed after a car crashed into a fire hydrant and plowed into the porch of a home in Chicago's South Deering neighborhood.

Police are investigating what caused him to lose control near East 116th Street and South Torrence Avenue just after 10 p.m. Thursday. The car flipped over, trapping three young men inside.

Two passengers, ages 18 and 20, were injured. They are listed in critical condition at Christ Hospital.

It took an hour for rescue crews to pull all three men from the wreckage. Family members said they were coming back from a concert Thursday night, but never made it back home.

They identified the driver as Devon Steele, 19.

Ebonay Steele, the driver's cousin, went to the scene on Friday.

"This was the last place he was before he died. I just wanted to see," she said.

The car slammed into Blake Rourke's house. He and Tom Aumiller heard the crash and jumped in to help.

The Good Samaritans said a dip the road around a sewer lid causes the speeding car to spin out of control.

The vehicle's temporary tag was found in the wreckage. Steele's family said he had just purchased the car and was the father of a six-month-old boy.